A Hidden Gem of Bung Jagoi 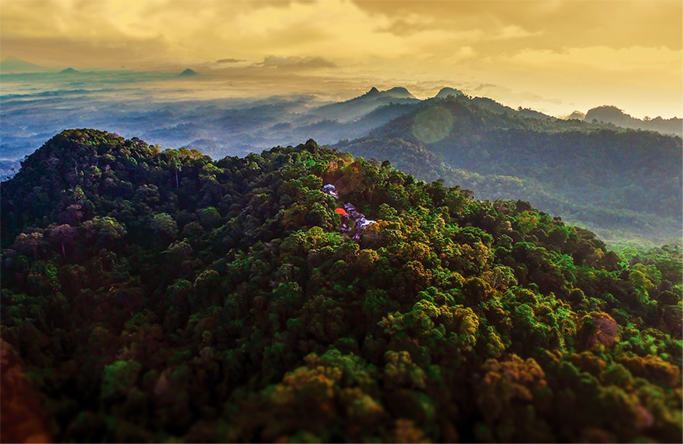 Sarawak is awash with unexpected cultural experiences. Whether you enjoy its gastronomic delight or looking forward to some new experiences and adventures, discovering Sarawak’s rugged beauty might be a good idea for your New Year’s bucket list. So why not jump into a natural world of a hidden gem of Bung Jagoi - an old village considered the ancestral home of the Dayak Bidayuh for over 175 years. Bung Jagoi is located at the Jagoi-Bratak area in Bau, Sarawak, at the northwestern of Borneo, to be exact.

Located an hour drive from Kuching, Bung Jagoi is situated near the Malaysia-Kalimantan, Indonesia border. Bung means summit in Bidayuh Bau dialect and therefore the area is near the hilltop, about 280 metres above the sea level and surrounded by more than 500-hectare pristine forest.

Bung Jagoi is the first Bidayuh village established in the Jagoi areas and steeped in cultural heritage. Looking back at the history, the Bidayuh people from Jagoi area (also called Bijagoi community) migrated from Mount Sungkung, Indonesia 750 years ago. They moved from Bung Bratak settlement after the hostile attack due to invasion by the Skrang Ibans around 1837, forming more than 30 villages including Bung Jagoi. 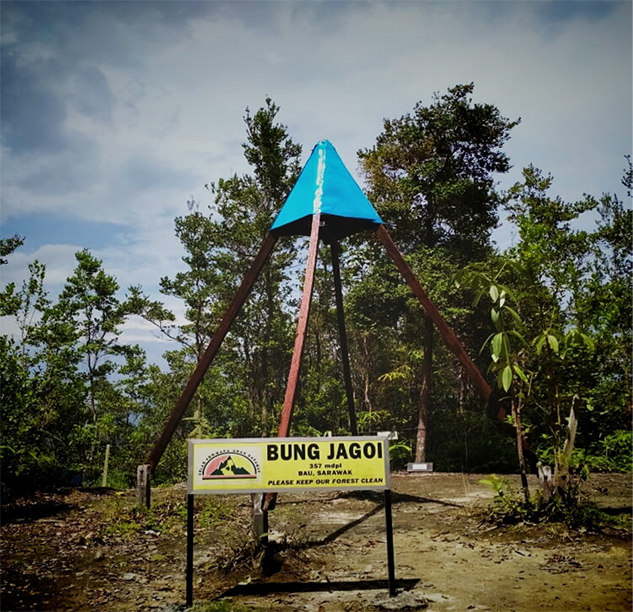 Bijagoi community are farmers and thus planting rice and harvesting forest products for survival. As the population grew with their needs for more agricultural lands, many families moved out of the Bung Jagoi to the foothills, leaving only one family who became the guardian of this priceless heritage site.

And now there are several main villages that are still remained on the foothills namely Kampung Duyoh, Kampung Serikin, Kampung Stass, Kampung Skibang, Kampung Sibobog, Kampung Pinomu, Kampung Seputieng, Kampung Serasot including five villages in Lundu as well as another six at the Indonesian border. 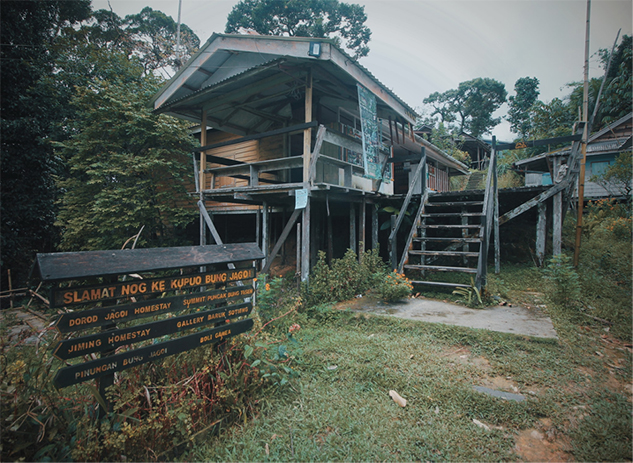 There are less than 15 dilapidated houses left in Bung Jagoi including the round-shape baruk (skull house). Baruk is once a ceremonial site for Bijagoi community. It also houses the human skulls of the enemies as trophies for the ancient Bidayuh warriors. And now, it is preserved to help future generations to understand their ancestry. 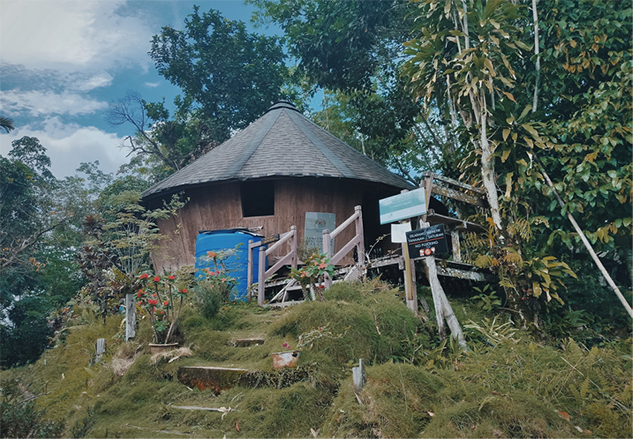 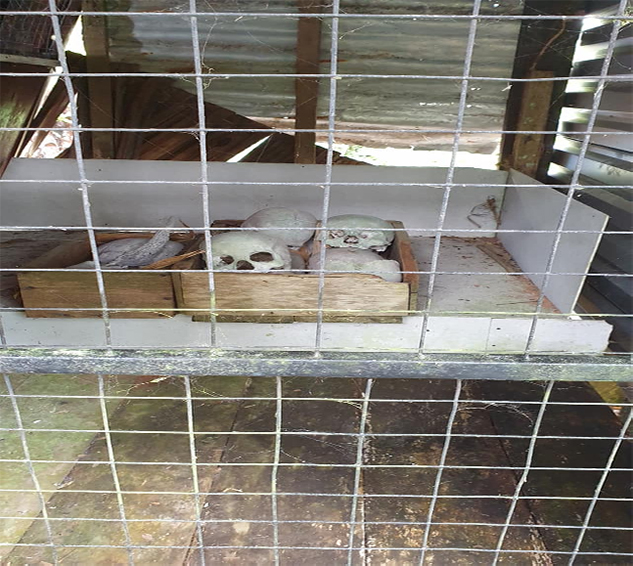 During the ritual, the Dayak Bidayuh priestess known as Dayung Bolih or Sino Boleh will chant their ‘Ayun Bolih’ while sitting on the swing. Gawea Mukah, on the other hand, involves the process of bathing and feeding rituals to the spirit of the skulls, but this old tradition is no longer being practised. 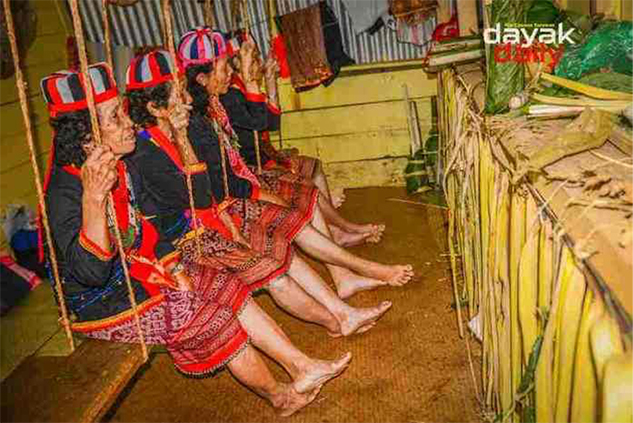 To reach Bung Jagoi, visitors need to park their cars and register at the Visitors Information Centre at Kampung Duyoh before hiking uphill for about an hour.

Tourists should wear comfortable clothes and bring some snacks and drinks. But don’t worry because it will not be an uphill struggle since the initial stair climbing is easy and toilets are also available. 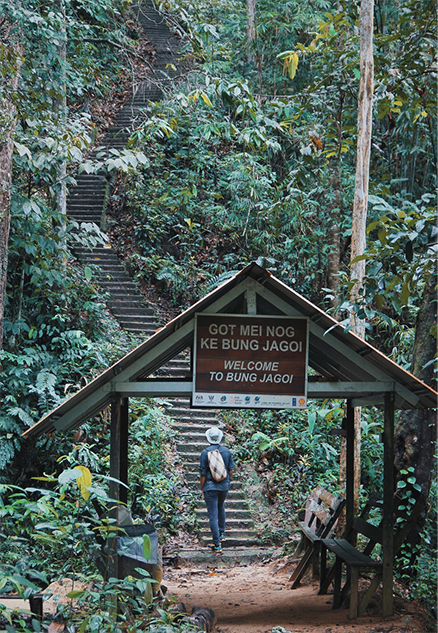 To get the most of Bung Jagoi, visitors may experience staying at homestays and exploring the Bidayuh history and cultural gallery, including the craft at Rumah Gawai. Lunch and local guided tours can be arranged if visitors request it in advance.

Besides its cultural significance, Bung Jagoi is also popular among hikers to reach its hilltop named Bung Tesen. By continuing trekking for another 15 minutes from the old village of Bung Jagoi, the scenic vistas of the Jagoi area set the perfect backdrop for the sunset view. 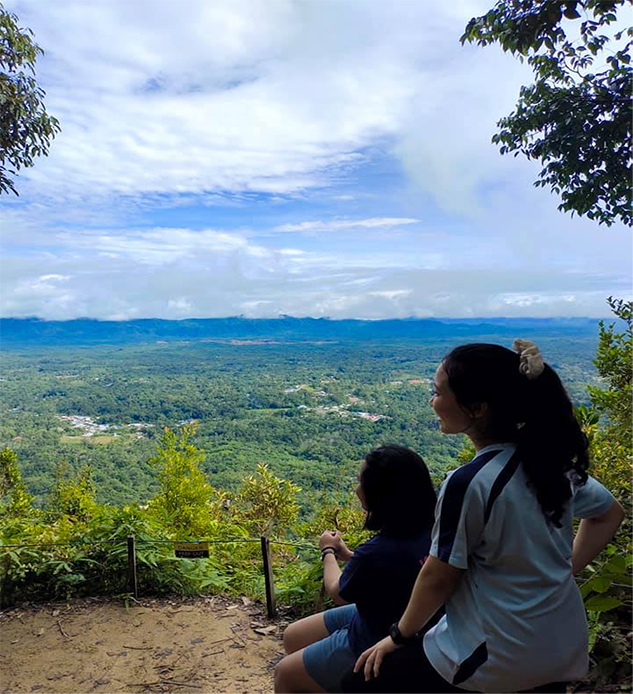 Nowadays there are many packages to promote Bung Jagoi as one of the best ecotourism sites including night walk tour, adventure trail and chilling at Labuan Duyoh Waterfall. Activities include trekking to the Libuan Pinomu Waterfall, and the majestic seven-tiers of Libuan Dowon Waterfall with special Bidayuh traditional lunch served. 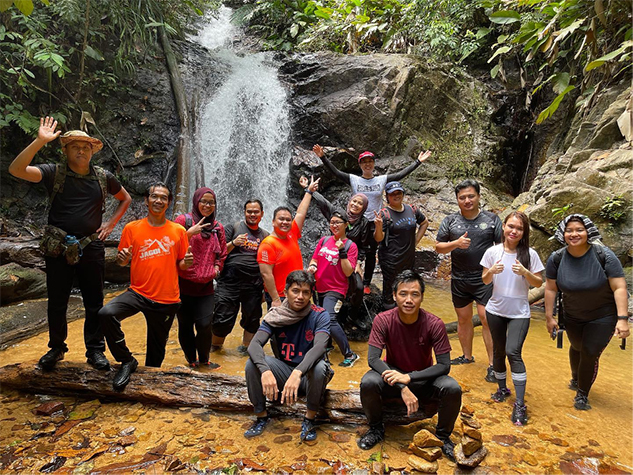 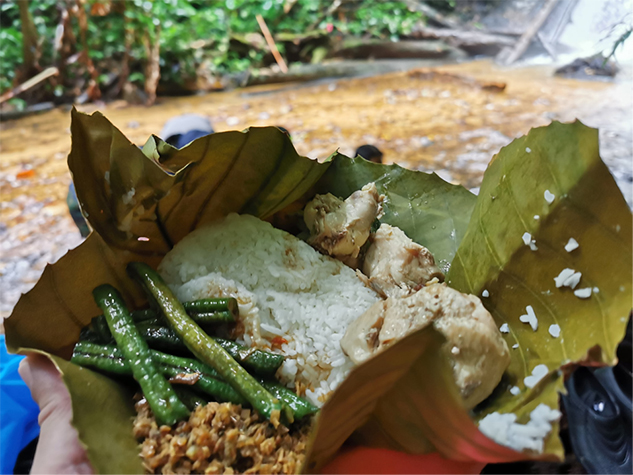 Visitors may also have the opportunity to spot something like Ayak Bikubu, a traditional water contraption built by the Bidayuh people to channel the clean water from the mountain for daily uses. 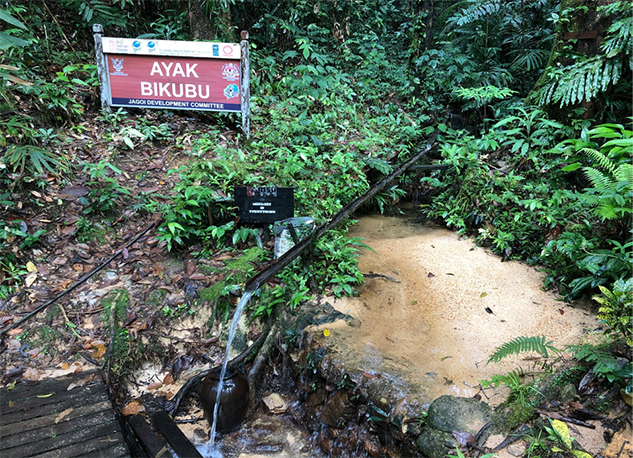 If you happen to traverse this ancient Bornean Dayak Bidayuh cultural heritage, explore some other places around Bau too. Bau is well-known for its limestone cave including Wind Cave and Fairy Cave. Other activities include hiking Mount Krian, Bung Ngiraja and Bung Podad besides visiting Bung Bratak Heritage Centre.