Celebrating the Festival of Lights

As Malaysians, we are blessed to be living within a multiracial community. One of the perks of having a community that is formed with a myriad of cultures and beliefs, is being able to experience many celebrations with our fellow Malaysians together. As we inch closer to November 14th, when Deepavali is celebrated this year, let us delve deeper into why and how this Festival of Lights is such a prominent celebration amongst the Hindu community in the world, and also one of the most colourful celebrations we can look forward to here in Malaysia! 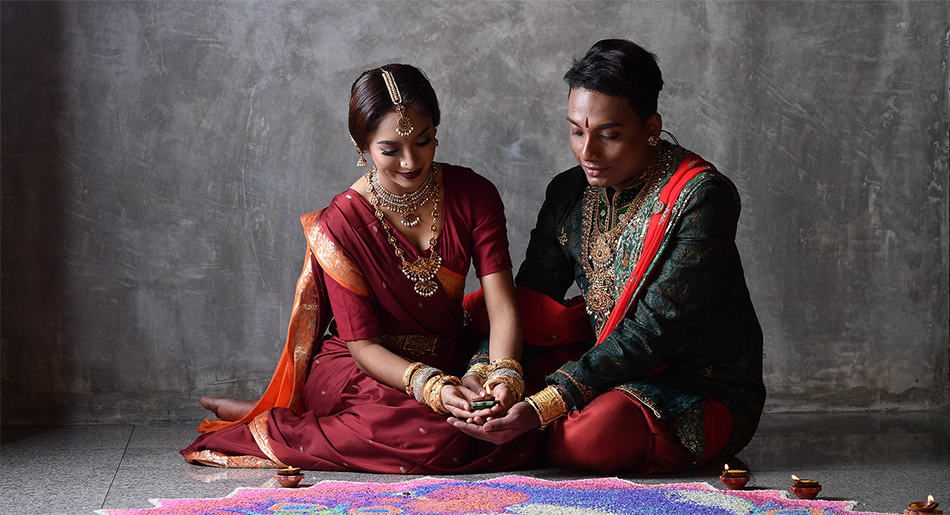 A foreigner friend of mine used to remark, “You are so lucky to be a Malaysian! There are so many festivals and holidays to celebrate in a year!”

This is true. As Malaysians, we are blessed to be living within a multiracial community. One of the perks of having a community that is formed with a myriad of cultures and beliefs, is being able to experience many celebrations with our fellow Malaysians together. This is why I think the slogan ‘Malaysia Truly Asia’ is apt, as it represents our nation – a potpourri of tantalising tastes, colourful people of different faiths and cultures.

As we inch closer to November 14th, when Deepavali is celebrated this year, let us delve deeper into why and how this Festival of Lights is such a prominent celebration amongst the Hindu community in the world, and also one of the most colourful celebrations we can look forward to here in Malaysia!

WHAT IT REPRESENTS
Deepavali or Diwali are both words derived from Sanskrit, which mean rows of lighted lamps. While the term Deepavali is more commonly used in South India, it is usually referred to as Diwali in North India.

There are many stories that are associated with the celebration of Deepavali, but these two are the more notable ones. For many of those from South India, Deepavali originates from the celebration of the day Lord Krishna slayed a demon known as Narakasura who had caused chaos and mischief. As the demon represented the darkness, its death symbolised the light that took away the darkness from the world.

The second story, which resonates with many North Indians, claims that the Deepavali celebrates the return of Lord Rama after 14 years in exile. Lord Rama managed to slay and defeat the notorious multi-headed demon king named Ravana, who had kidnapped Sita, the wife of Lord Rama. It is believed that the people commemorated the return of Lord Rama to Ayudhya with his wife and brother, Lakshmana with firecrackers and lined the streets with oil lamps in a happy and joyful celebration.

While both stories depict different characters, the similarity is in the reason Deepavali is celebrated, which is the triumph of good over evil, as symbolised by the victory of light over darkness. Essentially, it a festival that enjoins the commemoration and appreciation of the goodness in life and beauty of lights. 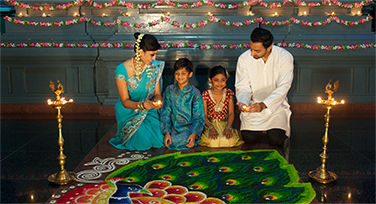 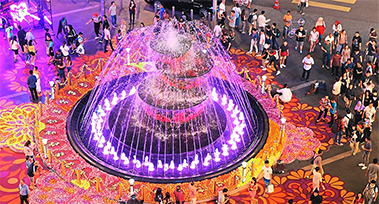 HOW WE CELEBRATE IN MALAYSIA
In Malaysia, the celebration of Deepavali is not only confined in the homes of those who celebrate it. The festive mood is apparent in malls, where shop premises are also decked in Deepavali decoration in vibrant colours and lights. Another must-have feature during Deepavali is the kolam decoration. Kolam is a form of decoration or drawing that is made using chalk powder or rice flour to produce geometrical drawings including curved loops, dots or symmetrical patterns. As kolams are considered to bring prosperity, they are typically drawn by women in the household to bring good luck and fortune. The more imaginative and artistic ones will draw intricate patterns including animal motifs and shapes in harmonious colours to portray the spirit of Deepavali celebration.

As with many festivals, many Deepavali celebrants wear new clothes, their traditional Indian attire where the women would don on saris and jewellery whereas the men would put on kurta and dhoti. The new clothes would symbolise the promise of a new beginning. To keep up with the spirit of celebration, many would choose to put on bright colours.

Some families typically perform prayer rituals and visit temples to offer their prayers. Some would also take the opportunity to visit close relatives and friends. And where gatherings are, you can always expect good food! One thing that is synonymous with Deepavali that is a staple in the homes of Hindus during this season has got to be murukku, the crunchy and savory snack. Derived from Tamil, the word means ‘twisted’ which describes its coiled and twisting shape perfectly. Other than murukku, guests are also served athi resam (a yummy puff fried from dough made of sugar and ground fermented rice flour), halwa (pudding-like sweetmeat) and laddoo (sphere-shaped sweet snack). 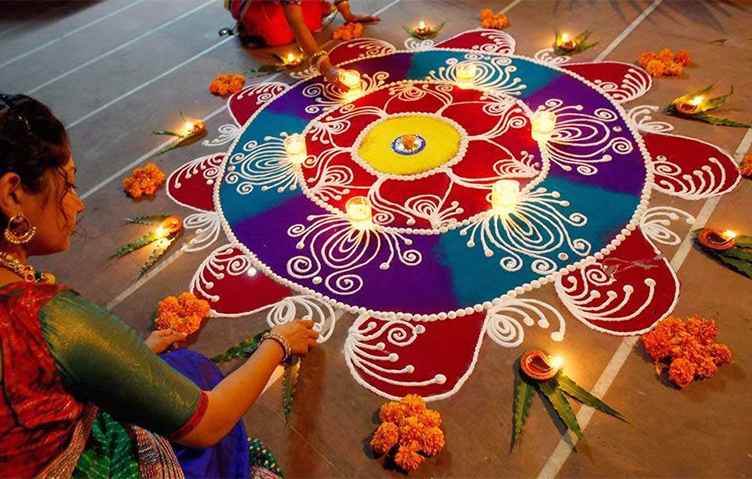 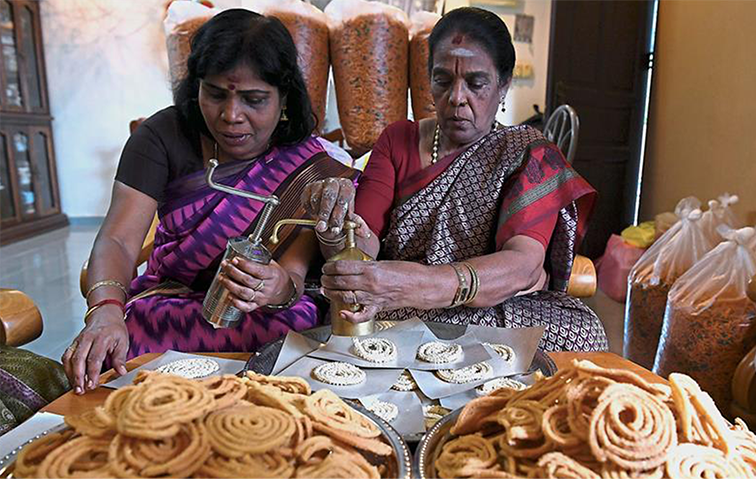 At night, the celebration is kept alive with the lighting up of diya, small oil lamps that are usually lined up along the pathway, gates or doorways. Some would lit up the firecrackers and put on fireworks to enliven the celebration.

2020 has been a challenging year for many of us, if not all. Let us pray that the light will shine and pierce through the gloom that has plagued us, and carry our hopes towards a better future.

May the light guide your way and we wish a very happy Deepavali to those who celebrate!