The Amazing Pilgrimage In Mulu

Having my back ridden by a tiny bat and falling into the Mulu river summed up an incredible trip to Gunung Mulu National Park, located in Miri, Sarawak. Taken into the context that I am not as adventurous as I thought I would be, Mulu, as I would fondly call it throughout, is a wonderful place any nature lover of any age must experience at least once.

I visited Mulu as a part of a working group for local and foreign journalists a few years back. Surprisingly, it is one that I treasured most, despite it being a work trip. I remember feeling proud to be a Malaysian as Mulu asserts high biodiversity with its karst features being the most studied in the world, putting it on the global map. The Melinau Formation contains a remarkable concentration of caves, revealing a geological history of over more than 1.5 million years and from it, arose some of the largest and most famous caves in the world!

What I didn’t expect, however, is how small I would feel amid the splendid nature. Perhaps, it is my mistake to underestimate the magnificence of Mulu. It feels like a personal pilgrimage, rather than an adventure with a group of newly found friends. 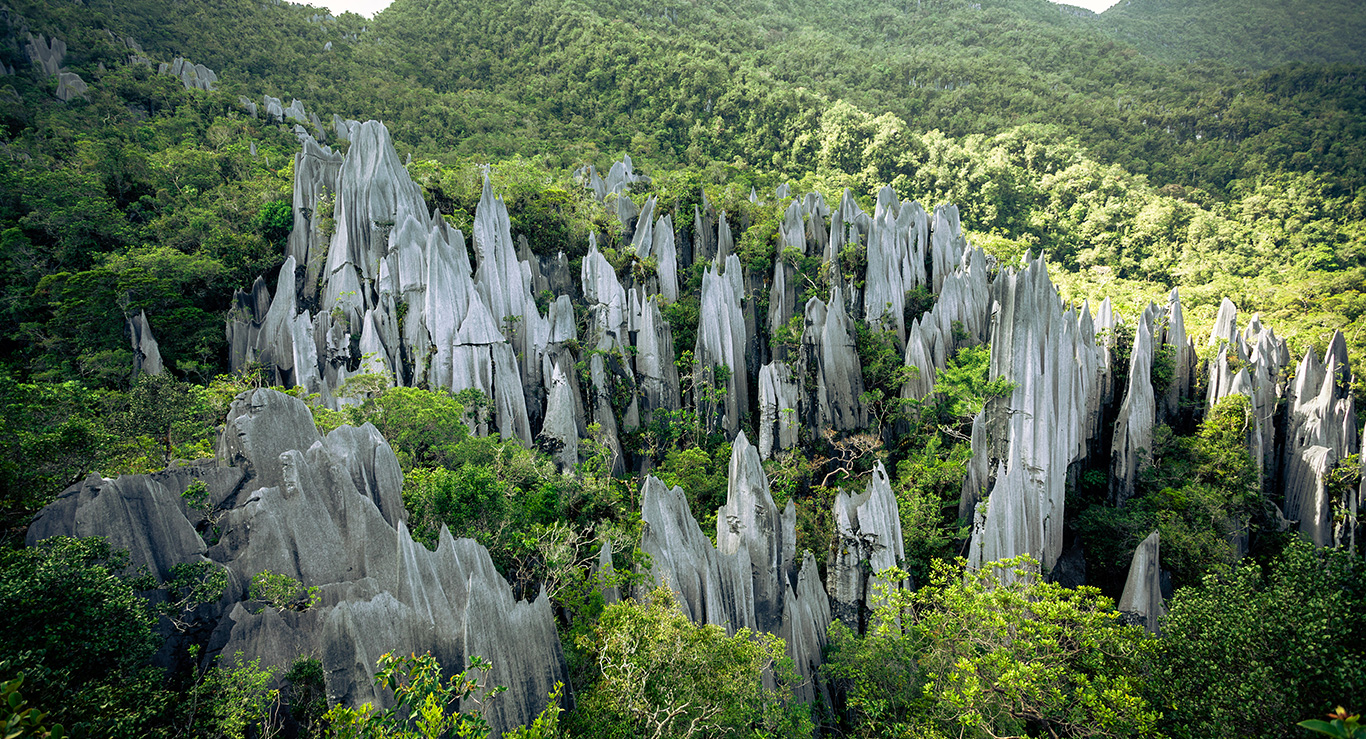 The Melinau Formation contains a remarkable concentration of caves, revealing a geological history of over more than 1.5 million years. 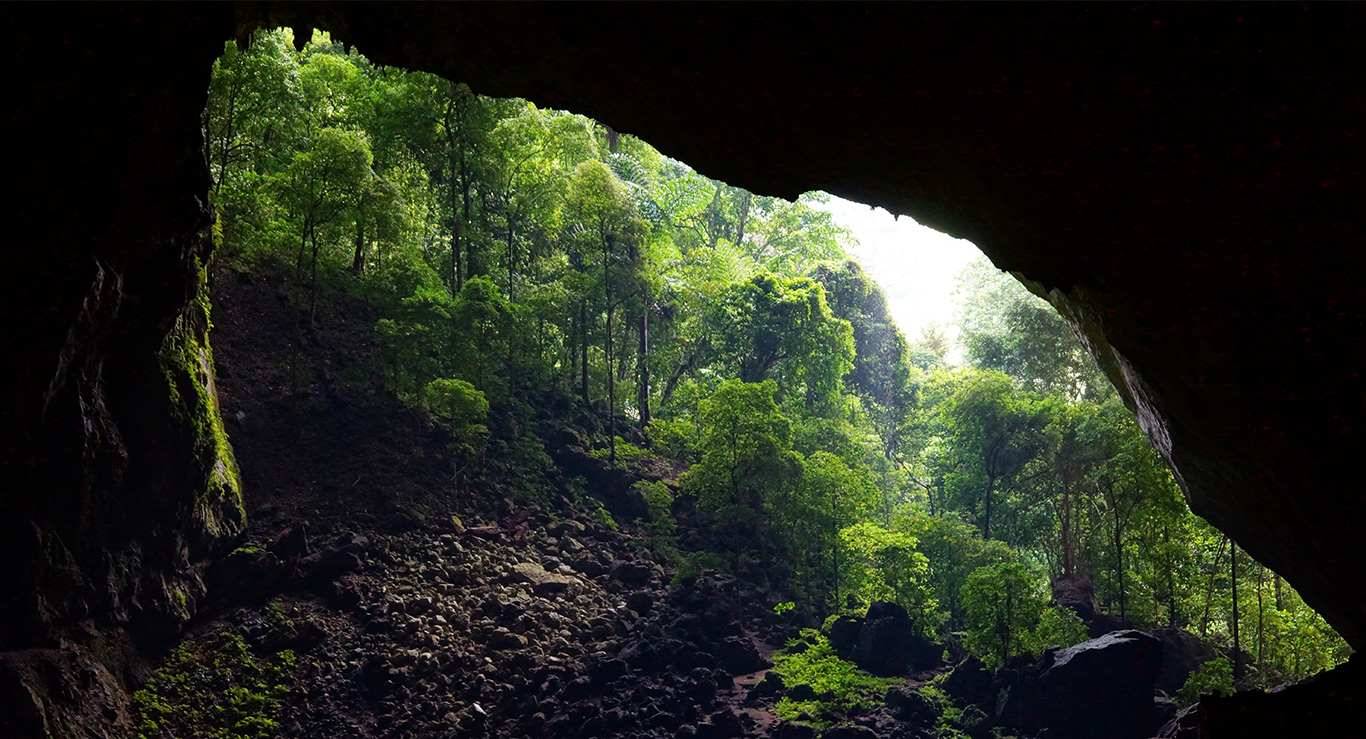 The magnificence of Mulu, feels like a personal pilgrimage, rather than an adventure. 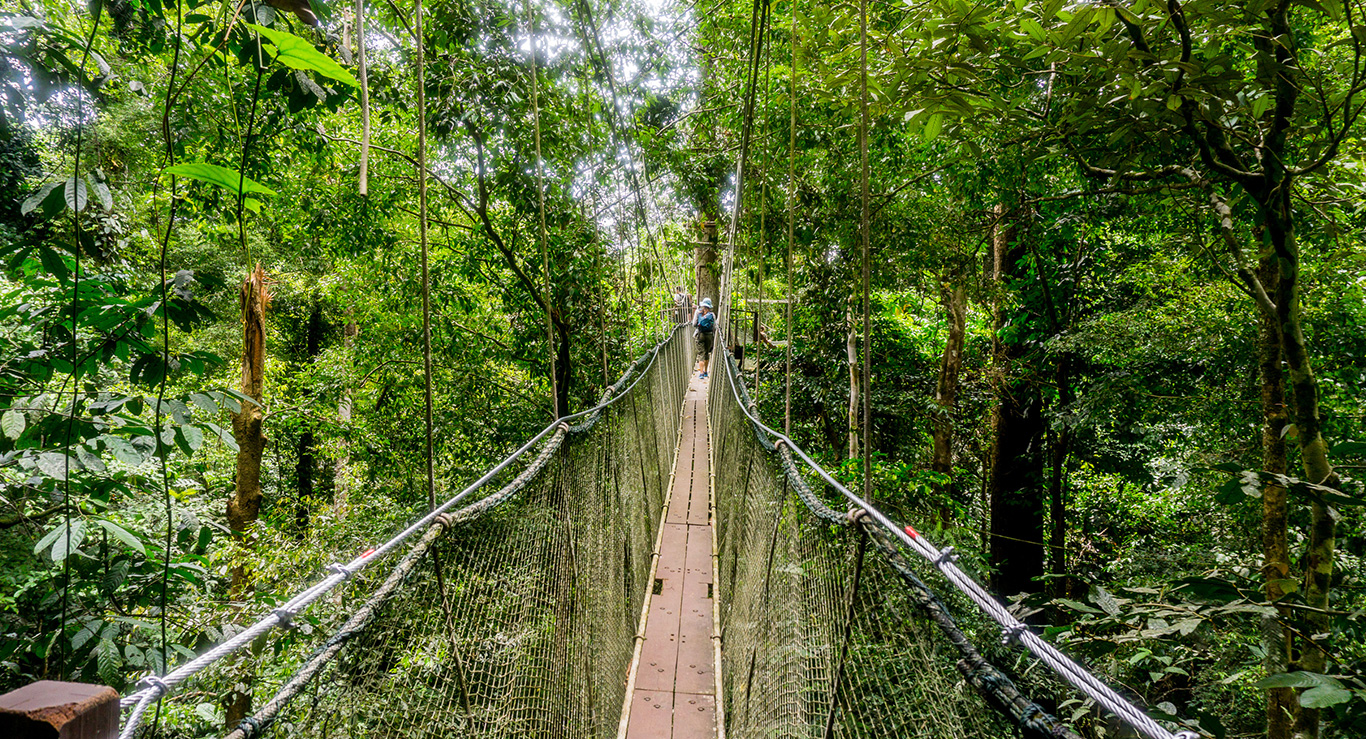 We were first taken on the Mulu Canopy Skywalk, one of the longest tree-based walkway in the world. 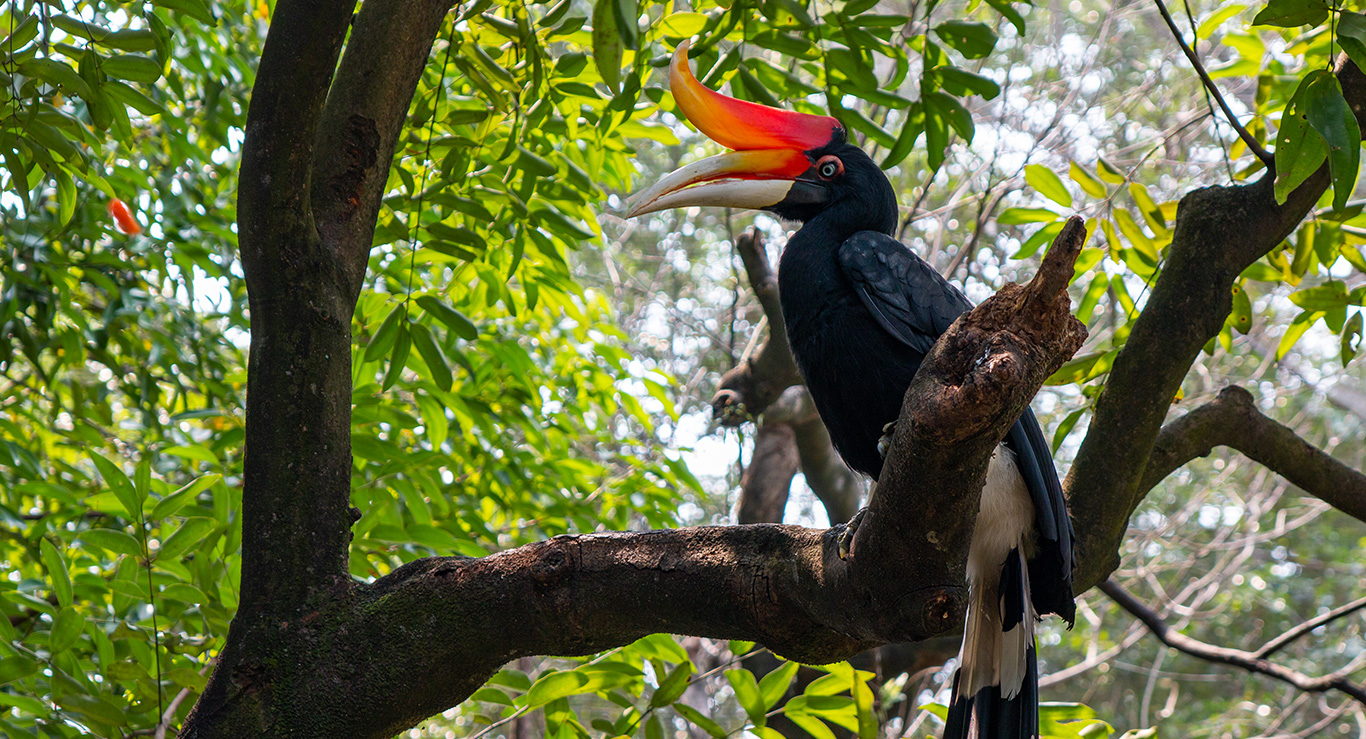 We were also lucky to witness a giant Hornbill flew above our heads. 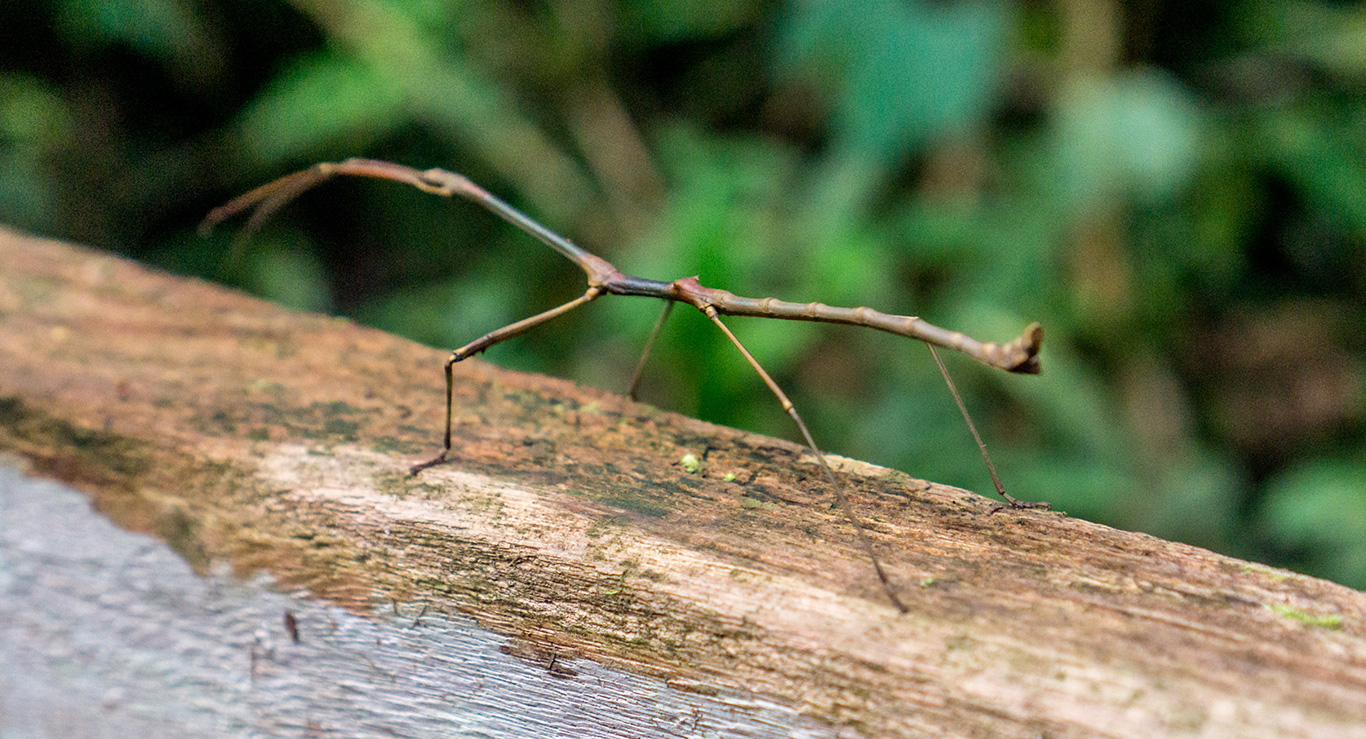 As the name suggests, a Walking Stick is a long, thin, and slow-moving bug that looks like a twig and brown in color.

When we reached the airport, I noticed that the area is surrounded by mountains which emanate a nice, charming feeling. As we drove towards our hotel; the Royal Mulu Resort (located inside the National Park), we passed by a small village with a clinic and school. Again, I noticed how quaint and calming the place is. The driver reminded us that the connectivity is limited and that there are no banks. He also asked if we came prepared. “Well, I have good trekking shoes,” I replied. He laughed and said that would suffice if we do the easy caves.

And than there is the Mulu National Park - One of the oldest and pristine rainforests in the world.

Our day started early, met by a fit and experienced park guide who is a Berawan, one of the minority ethnic groups living around the national park. We were first taken on the Mulu Canopy Skywalk, one of the longest tree-based walkway in the world. But to reach the skywalk, it takes around 30 to 40-minute stroll along a winding raised path. It takes pretty much that amount of time because there is just so much to see! I marvelled at the commanding rainforest trees that immediately swallowed me in their regal heights. Looking down, our guide also pointed out traditional medicine plants that are still gathered and used in the nearby Penan settlement. We were also lucky to witness a giant Hornbill flew above our heads.

" But to reach the skywalk, it takes around 30 to 40-minute stroll along a winding raised path. It takes pretty much that amount of time because there is just so much to see! I marvelled at the commanding rainforest trees that immediately swallowed me in their regal heights. "

As we reached the canopy walk, we were told that only two people were allowed to cross at one time. So, that meant, it was just my Head of Journalist and I. Unfortunately, I am afraid of heights but my boss encouraged me that he will be right behind and take good care of me. “You won’t want to miss this opportunity,” he calmly said. The canopy walkway is sturdy and was further confirmed by my boss that it was built under a team of experts’ supervision. (However, I strongly suggest that if you really are afraid of heights, to not attempt the walk.)

Surprisingly, I forgot about my fear and was so immersed by how close I got to the many creatures of nature – ferns, vines, and insects which I have never seen before. A Walking Stick greeted me during my stroll. As the name suggests, a Walking Stick is a long, thin, and slow-moving bug that looks like a twig and brown in color. I nearly missed it but luckily it moved and surprised us both. So, please bear in mind, when walking through nature, there’s always living beings around us eager to say hello. Be sure to say hi back!

As we were up there, we saw a group of locals traveling in a longboat down by the Paku river. “Do we get to ride it?” I asked my guide. Little did I know, that I will have a once-in-a- lifetime-but-not-to-be-repeated experience!

Up next on the itinerary was, of course, the real reason why we were in Mulu – to visit the showcaves, consisting of Clearwater Cave, Wind Cave, Deer Cave, and Lang Cave. To reach the Clearwater Cave and Wind Cave, we took the option to travel there by a longboat along the Melinau River. It was here that I had the once-in-a-lifetime-but-not-to-be-repeated experience. I missed a step while boarding the longboat and down into the river, I fell! It was both scary and hilarious. Fortunately for me, the water where the longboat was parked is a chest-level depth. Do be careful when boarding the boat (or try not to be too eager like me)! Alternatively, you may also opt for the jungle trail, plank walkways or pathways through the rest of the caves.

The Wind Cave is usually the first stop for the showcaves. The cooling air inside calmed me down as I walked through. The nice breeze that runs through the narrow parts of the cave is what makes the cave inimitable. A long passage led us to the cathedral-like ‘Kings Chamber’, with a huge array of dreamy stalagmites, stalactites, and columns illuminated beautifully.

From here, it took me a 5-minute easy walk up the 200 steps to the mouth of Clearwater Cave, all in close proximity. An underground river of over 108 km runs through, hence the name of the cave. It is also believed to be the largest interconnected cave system in the world by volume and the 8th longest cave in the world at 222 km. Impressive is an underrated word to describe.

Eventually, we made it to the enormous Deer Cave after a short trek and it was worth it as it is the largest cave passage in the world. Its chamber can fit up to 40 Boeing 747! You must be wondering if its size is what makes the cave famous, why is it not called “Big” or “Boeing”? According to our guide, deers visit the cave to get their salt lick fix as well as to get shelter from the pouring rain. Hence, the name; Deer Cave!

" It was here that I had the once-in-a-lifetime-but-not-to-be-repeated experience. I missed a step while boarding the longboat and down into the river, I fell! It was both scary and hilarious. "

There’s also a pathway that leads to the “Garden of Eden” where lush green vegetation flourishes. This is because there’s a hole above the cave that allows sunlight and rain to enter and provide the exposed cave’s floor with the nutrients it needs to thrive. I was also in awe with the side profile of Abraham Lincoln which can be seen at the southern entrance of the cave. It seemed to me that he was guarding it.

A variety of bat species also call Deer Cave their home. Bring a flashlight with you and you will get to see the guano-covered floor and insects. Be careful not to step on any!

After a series of misfortune, lady luck seems to sympathize and decided to give me a cheeky surprise. As I was walking, a journalist friend tapped me on the shoulder and said, rather calmly, “Don’t freak out, I think there is a bat clawing your shoulder.” But of course, I had to do just the opposite! I freaked out, minus the screaming (we were advised to lower our voice during the visit), and our guide carefully picked the bat off whilst trying to contain his laughter.

My new nocturnal friend, the bulldog bat was safe from harm. It was highly likely that it was confused by the color of my shirt – I wore a black shirt so heads up to visitors, best to avoid wearing anything dark-colored!

Perhaps, the best part of the cave exploration is the daily exodus, which happens between 5 p.m. to 7 p.m., of almost two million of bats flying out from the entrance of the Deer Cave to hunt for insects. It is indeed a spectacular sight to behold. From the ground, it looked like a long trail of moving black clouds coming out of the cave, rather dramatically. The bats do this to ward off any possible predators and I would like to believe, if I were a predator, I would feel threatened. The bats travel up to 100km away from the cave towards the coast for food. Interestingly, swiftlets took the turn to come home into the cave that day and we saw both of the winged creatures flying on top of each other, almost like saying ‘hello’ and ‘goodnight’. This show-stopping action continued for a good half an hour. 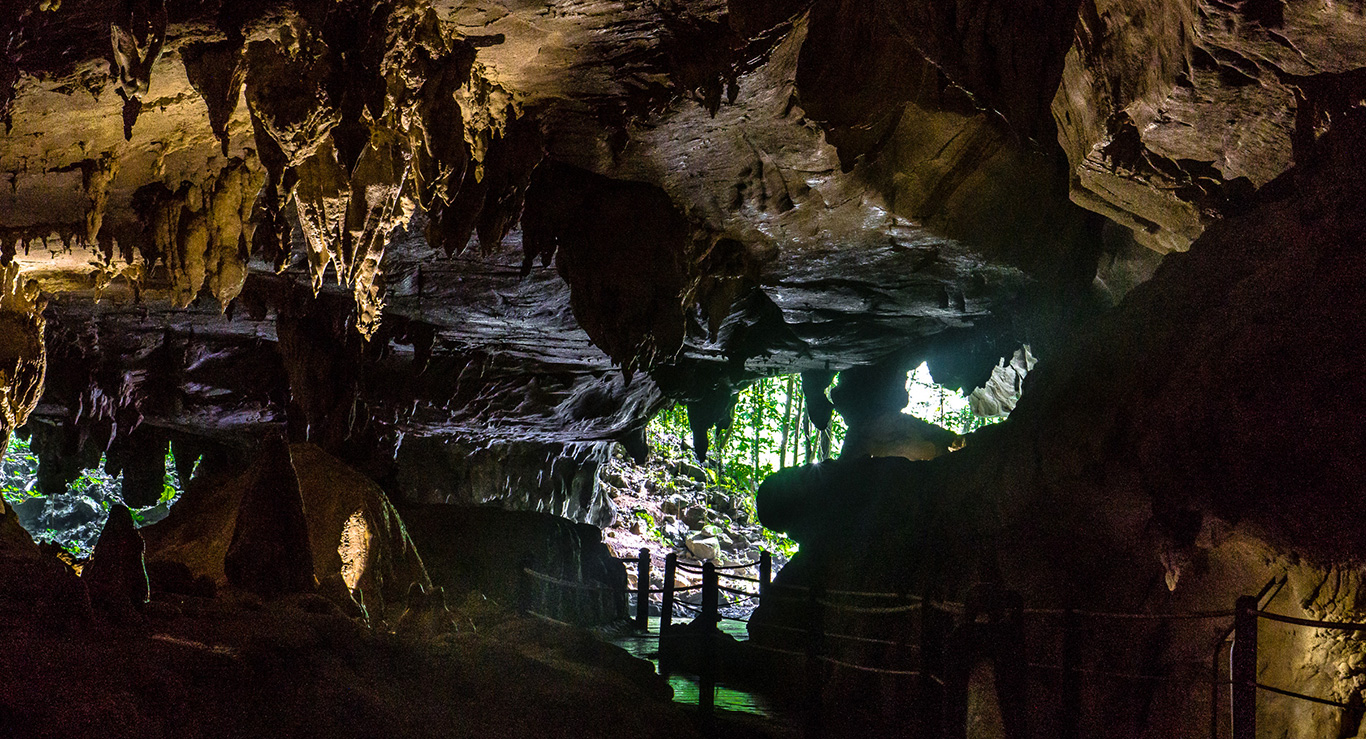 Up next on the itinerary was, of course, the real reason why we were in Mulu – to visit the showcaves, consisting Clearwater Cave, Wind Cave, Deer Cave, and Lang Cave. 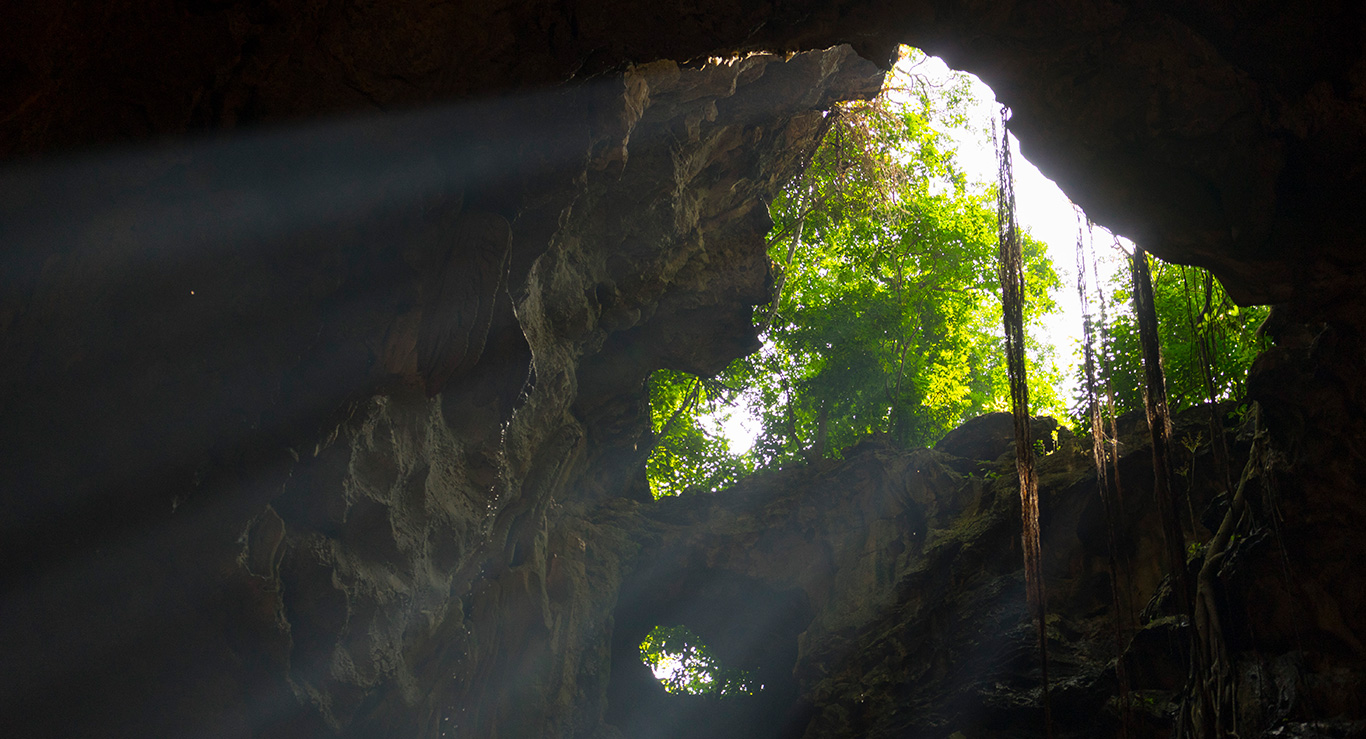 The cooling air that blows through the narrow parts of the cave is what gives the cave its name, the Wind Cave. 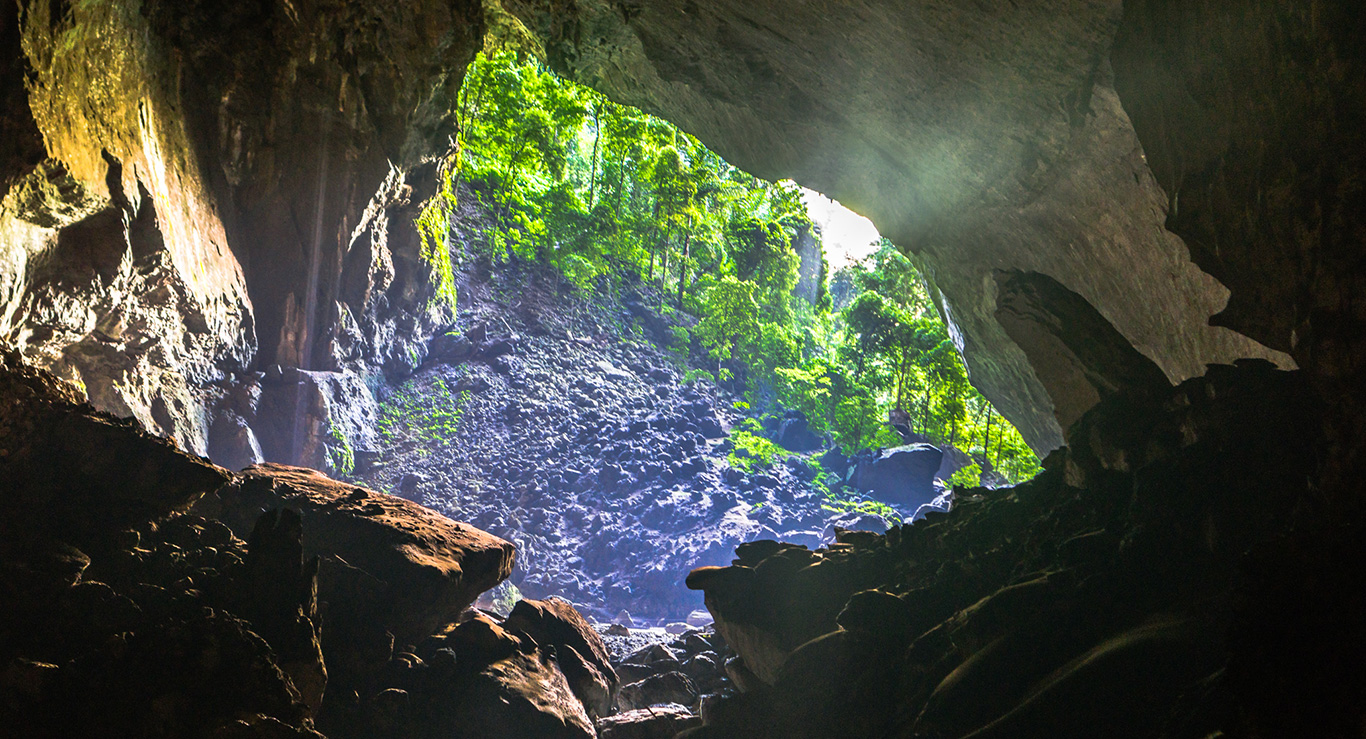 A long passage leads to the ‘Kings Chamber’, adorned with a huge array of dreamy stalagmites, stalactites, and columns illuminated beautifully. 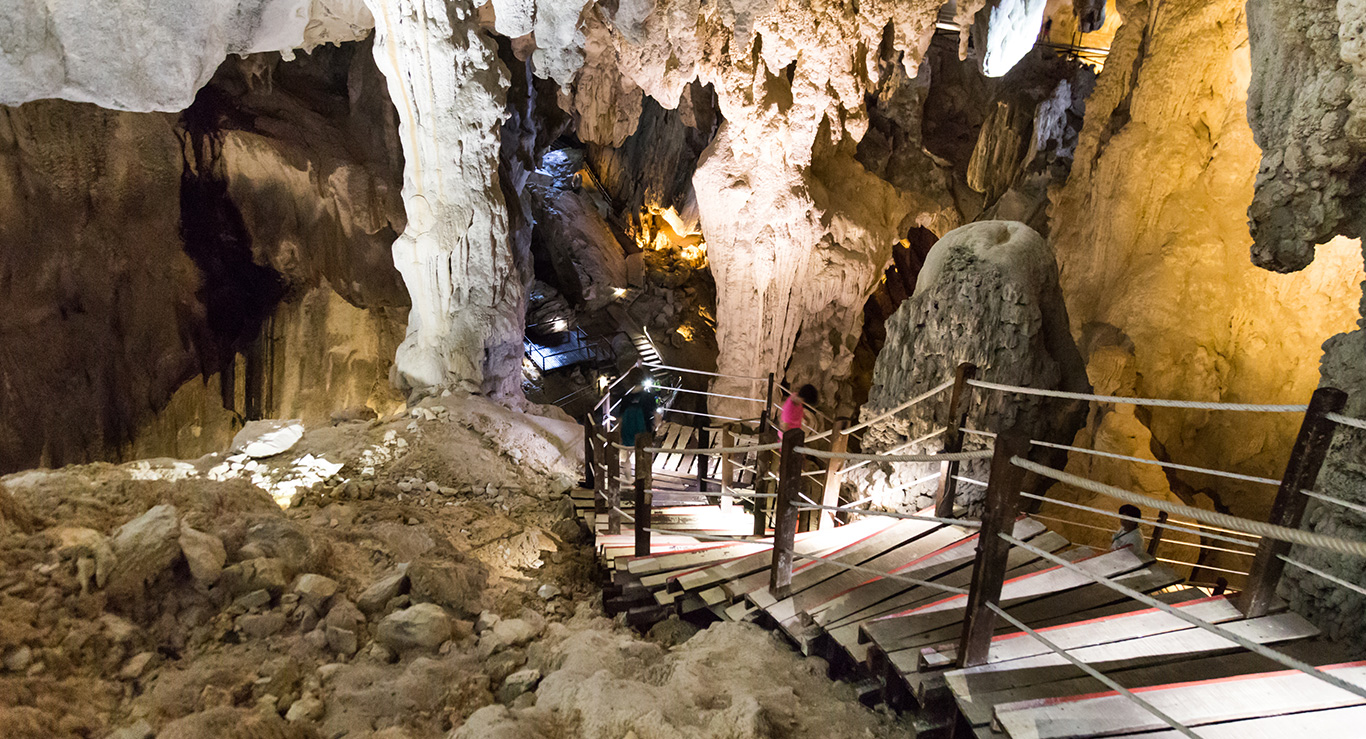 The clear underwater river that flows through the cave, gives it the name Clearwater Cave. 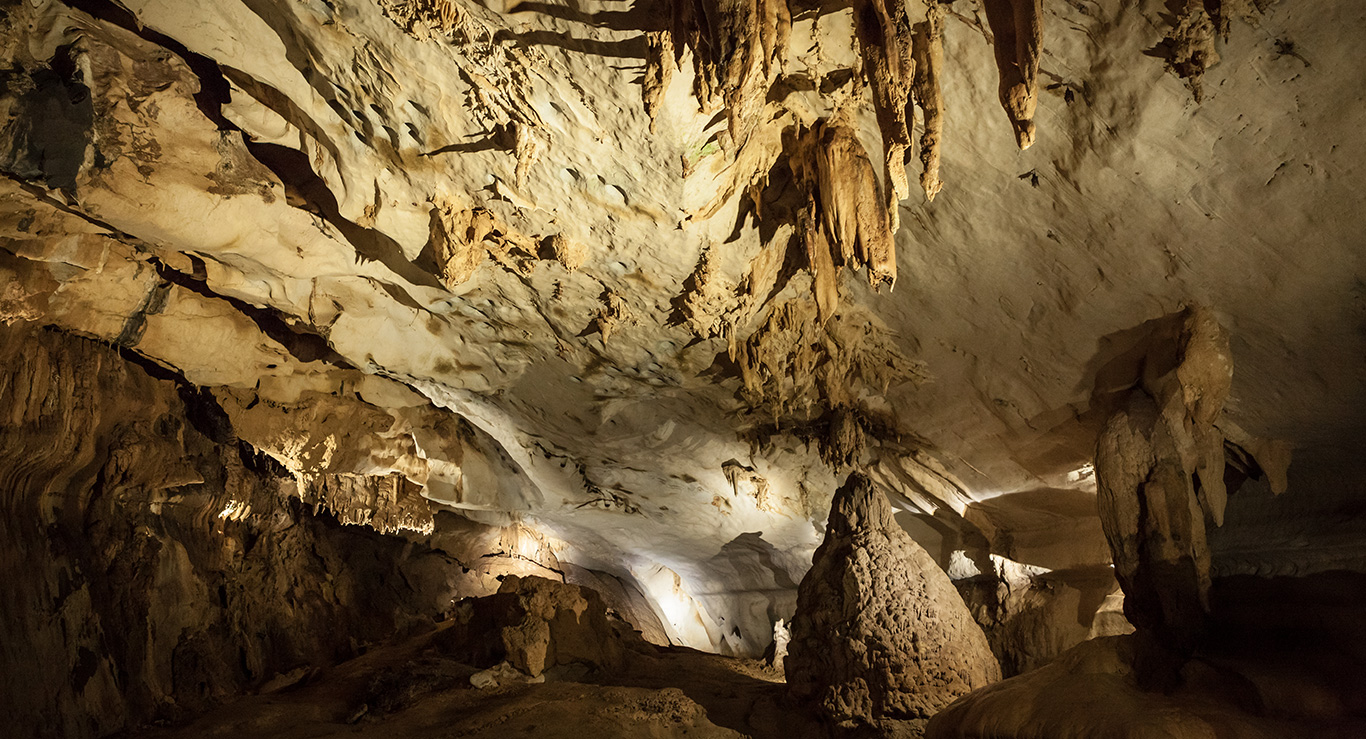 The Deer Cave has the largest cave passage in the world and the chamber can fit up to 40 Boeing 747.

It was truly a phenomenal experience for me. The walk back to our hotel was accompanied by the melodious sound of insects and frogs, a memorable sendoff for an amazing day of exploration.

Along the way, I couldn’t stop thinking of how it feels almost like an enigma for me being in such a massive natural beauty. The vast nature – the rainforest and its inhabitants as well as the caverns, really scale me down and left me wondering about my own being, here on this earth. Have I done enough to say thank you to Mama Nature? It is a question that I still need to figure out. Perhaps, I need to travel back to Mulu, to know. 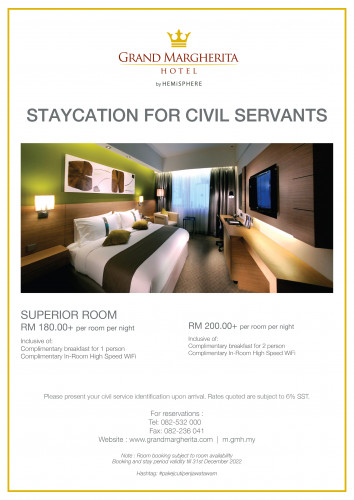 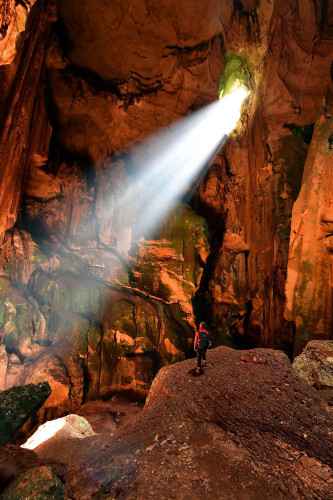 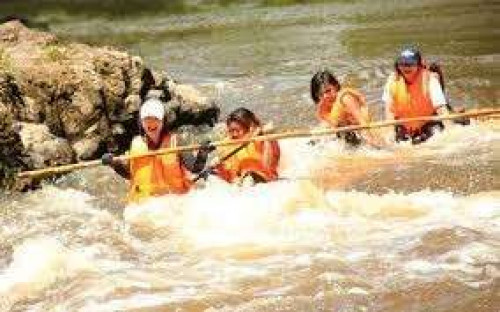 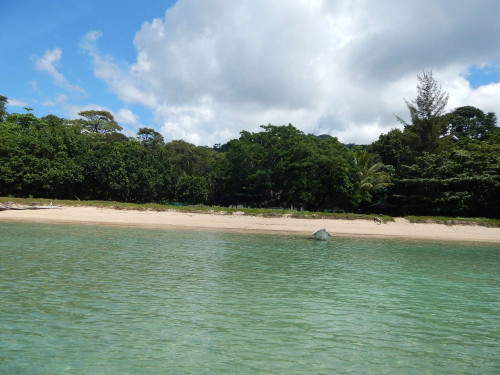 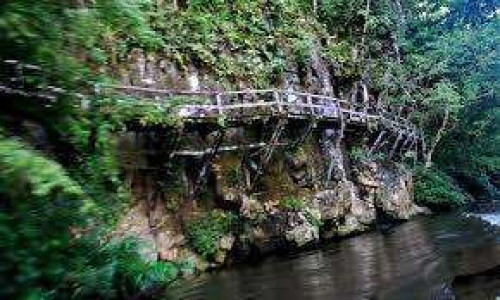 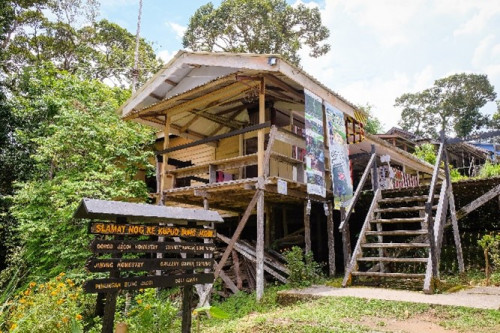 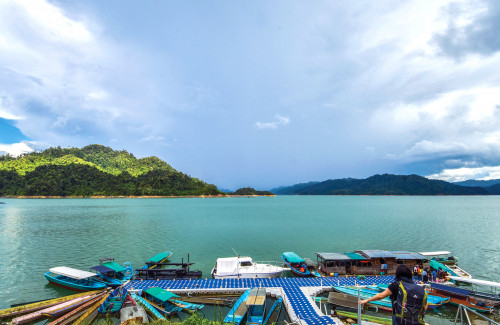 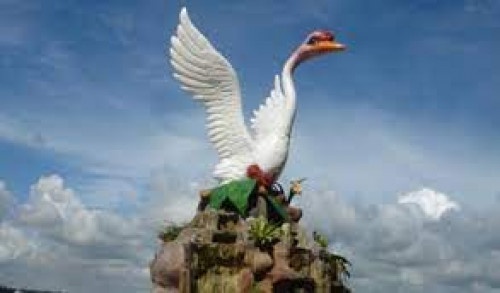 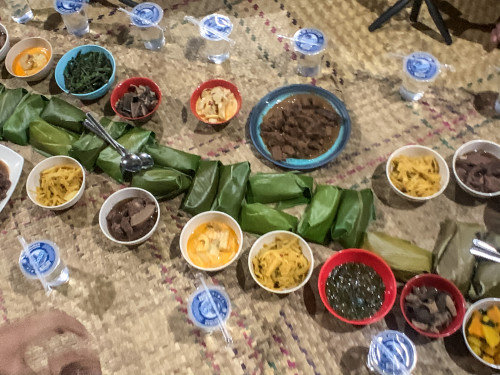 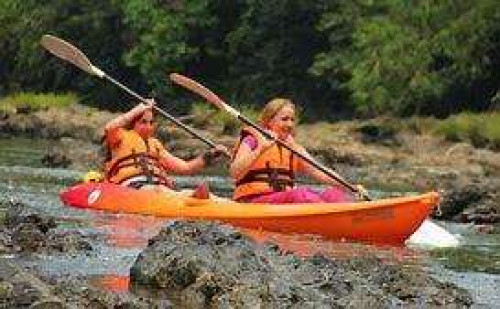 THE GATEWAY TO SARAWAK #PAKEJCUTIPENJAWATAWAM 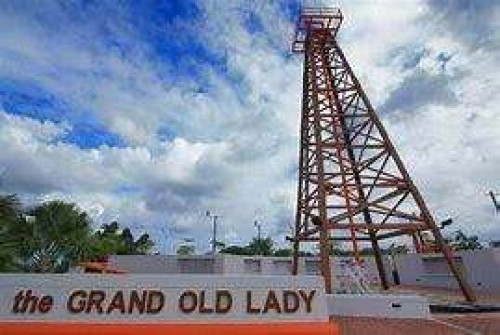 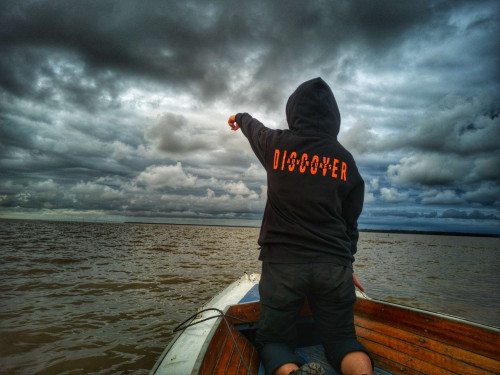 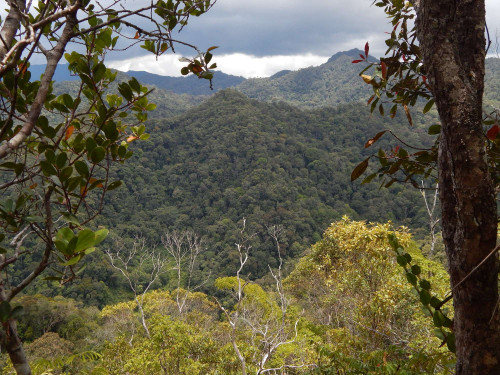 THE LAND OF WIND (BARIO) #PAKEJCUTIPENJAWATAWAM 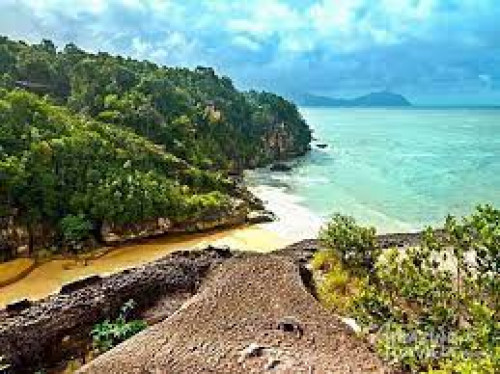 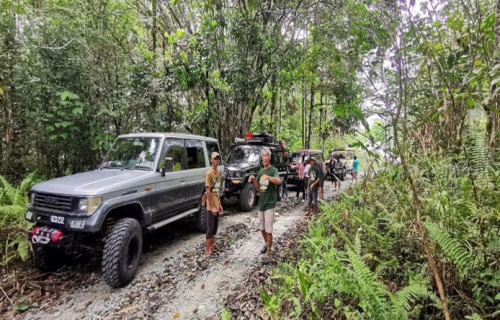