Tracing History Within Memories In Melaka

As a child, the nooks and corners of Melaka are a go-to for my family and I, whenever we want a change of scenery, as it is merely 30 minutes away from our hometown, Muar. We would often be joined by family friends, consisting of Hokkien, Baba, Kristang and Chitty aunties and uncles. Together, the group would hunt for food and adventures, all for good fun.

Melaka in its earliest form in the 1980s, as I remember, was bustling with people doing small businesses. Trishaws were still used as a part of transportation, an unhurried way to get around the town. There was less traffic back then so getting around on a trishaw was a lot easier and something my late dad and I would do as a way to help some of his friends or acquaintances.

A visit to the crocodile park, Taman Buaya Melaka as a school holiday trip was also a must. The park, located in a quiet suburb of Ayer Keroh, has been in operation since 1987. I remember, quite fondly, that the crocodiles were kept in a swamp-like atmosphere that is almost equal to their habitat. I say “fond”, because the memory of my mother pulling my hand away as I cried each time we left the park is still vivid in my mind.

All of these sentimental reminiscences are what kept Melaka within a large part of my life. 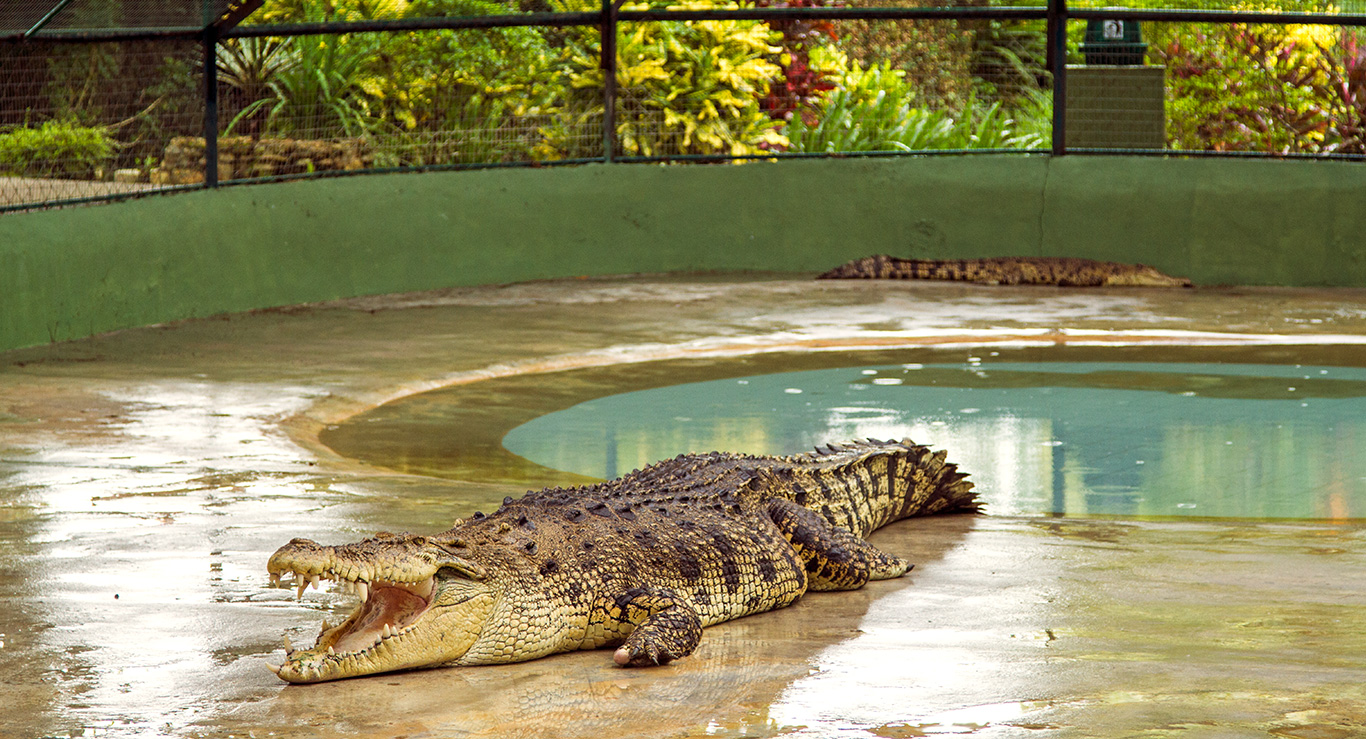 Taman Buaya Melaka is located in a quiet suburb of Ayer Keroh and has been in operation since 1987. 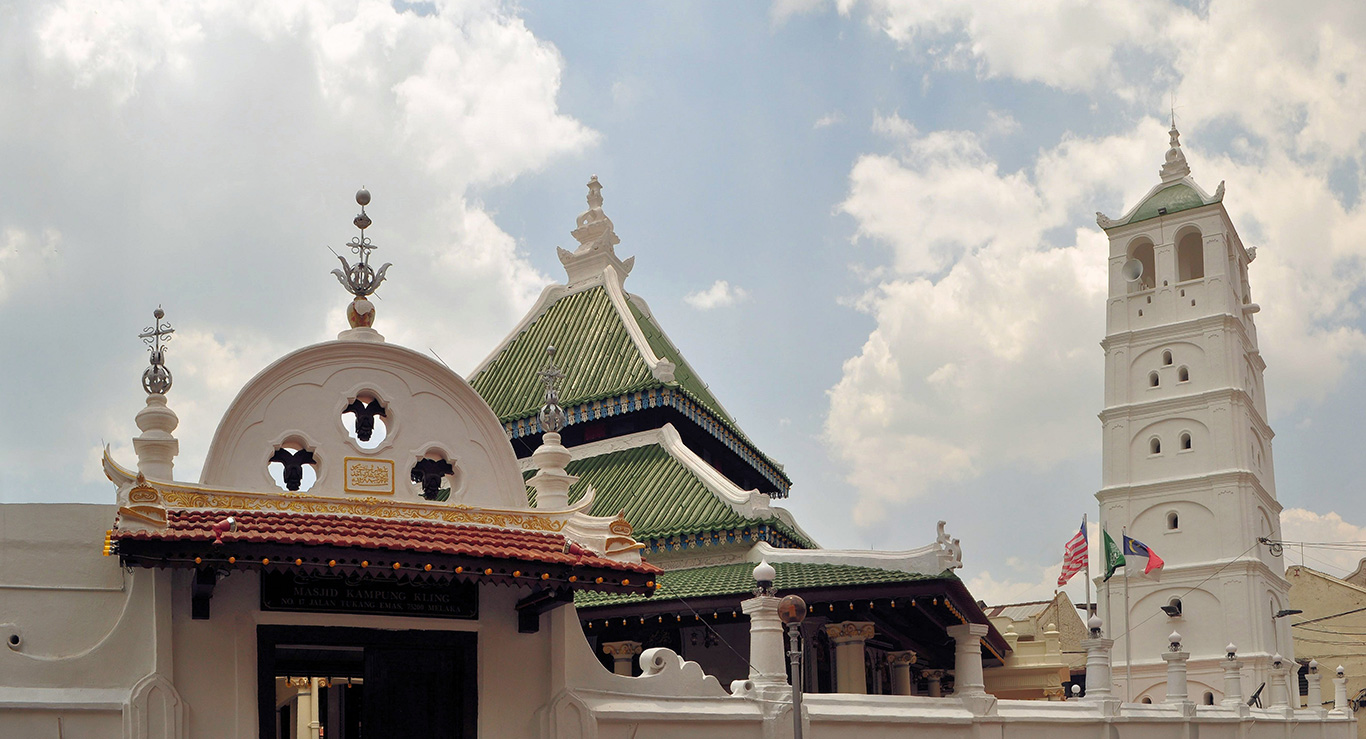 Melaka is a well elevated tourist spot, especially after receiving the UNESCO World Heritage Site status in 2008 for its long decade history. 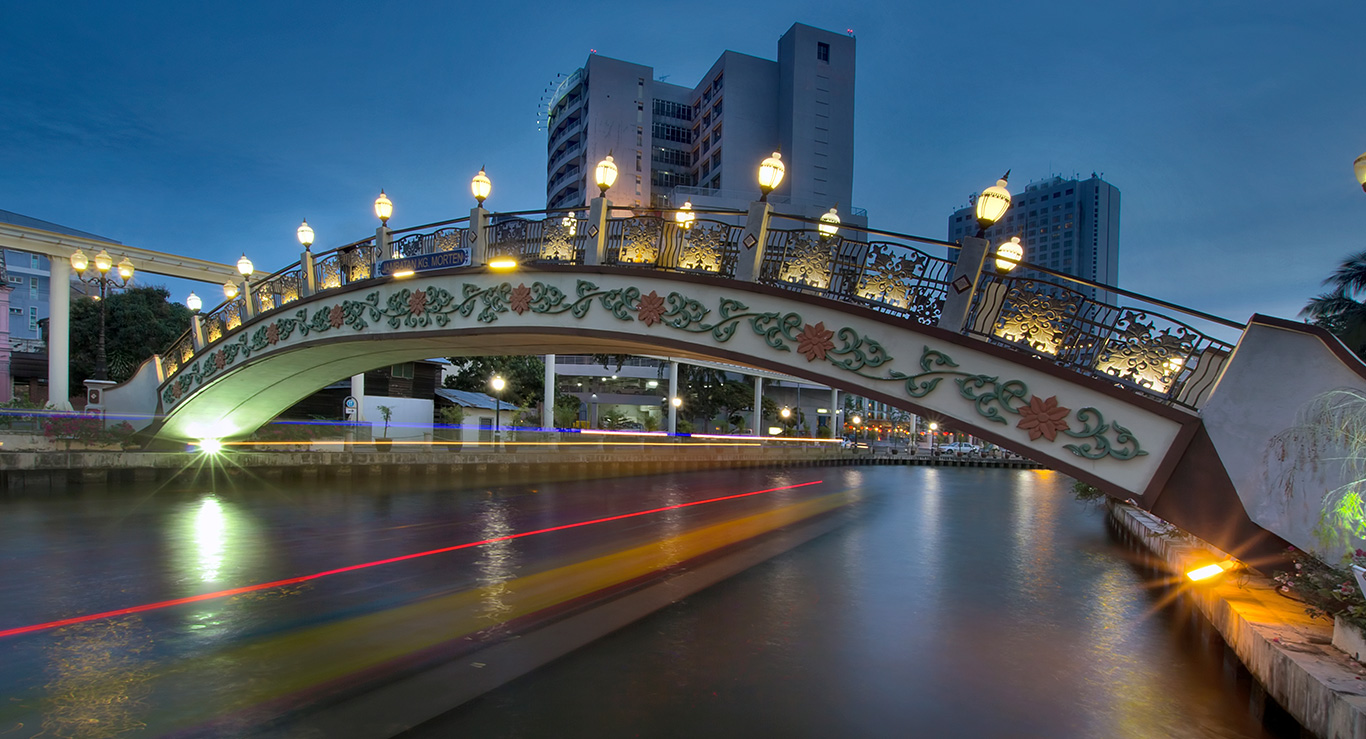 Kampung Morten, now nestled amid modern infrastructure. What was once a sleepy settlement is now a tourist icon and declared a heritage village. 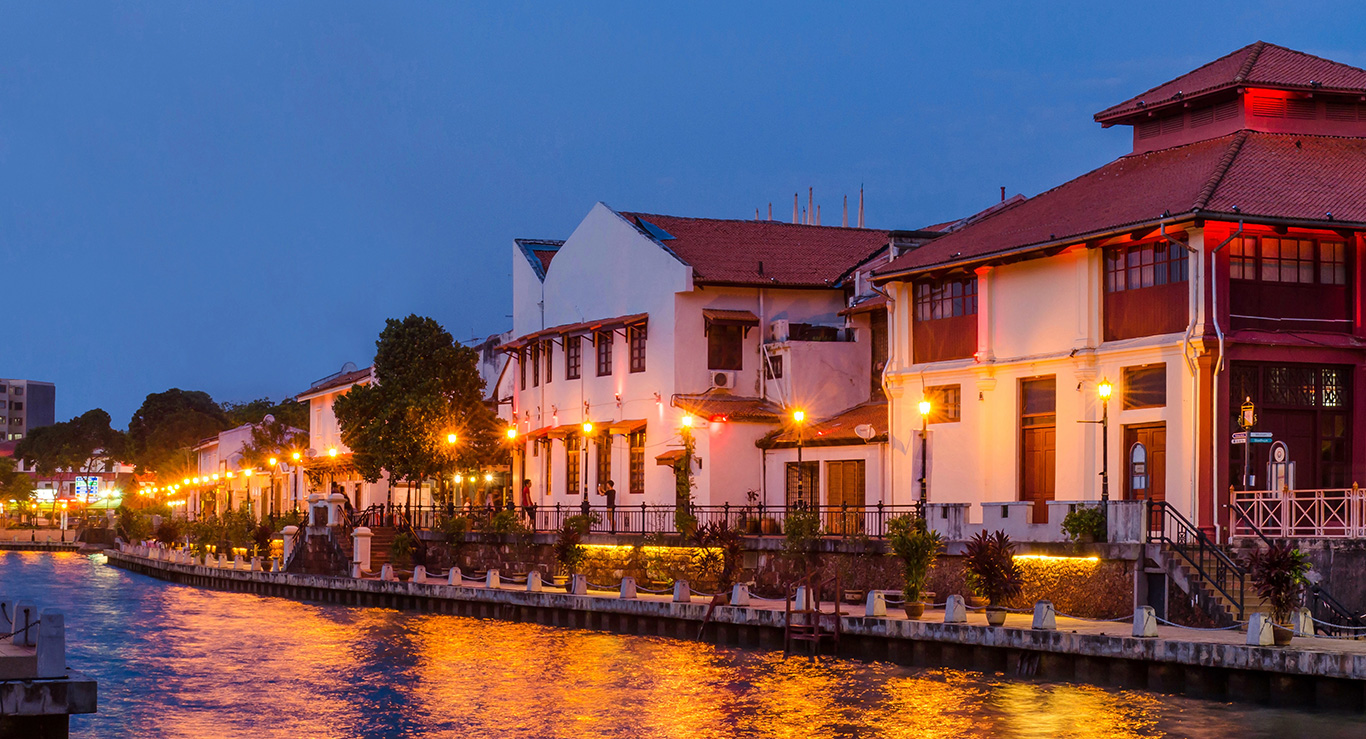 Fast forward to today, as a big city dweller, I still enjoy going to the historical city for a day trip whenever I can, to either catch up with a “good old friend” or enjoy a mini voyage, playing tour guide to my travelling friends. Thanks to the better highway links, it takes only a couple of hours’ drive to reach the city.

Melaka has undergone a rapid transformation over the past ten years due to changing times. The city is not exempted from elevating itself as a tourist spot, especially after receiving the UNESCO World Heritage Site status in 2008 for its long decade history. Take, for instance, Kampung Morten, now nestled amid modern infrastructure. What was once a sleepy settlement is now a tourist icon and declared a heritage village.

My favorite time to take a drive around Kampung Morten area is during the Hari Raya festival as it will be brightly lit up, though it is already colorful on any given day. It is very easy to get to, just a 15-minute walk north of the city centre

and you will reach this gorgeous little village. There is also the Villa Sentosa, one of the traditional Malay wooden houses here that is open to the public as a private living museum. They showcase Malay costumes, furniture, embroidery, muskets, and arrays of interesting family relics. Want to experience Malay lifestyle? There are also homestays available for stay.

It does not matter where I turn, there will always be a street, buildings or structures with historical significance.

My particular favorite is Jalan Tukang Emas, also known as Harmony Street, a long stretch of street that runs parallel with the infamous Jonker Street and not as busy. Here, one could find three different houses of worship existing, as the name of the street suggests, harmoniously for centuries. They are the Kampung Kling Mosque, Sri Poyyatha Moorthi Temple and Cheng Hoon Teng temple.

" Melaka has undergone a rapid transformation over the past ten years due to changing times. The city is not exempted from elevating itself as a tourist spot, especially after receiving the UNESCO World Heritage Site status in 2008 for its long decade history. "

I would often start my walk from the Sri Poyyatha Moorthi Temple, the oldest Hindu temple in Malaysia. A family friend once told me over slurping the ‘asam pedas’ gravy that the temple is one of the few existing Chitty temples in Malaysia, built by the Chitty leader, Thavinayagar Chitty in 1781 after the Chitty community came to Melaka to trade.

What struck me the most about the build is the simplified design of the temple. The Sri Poyyatha Moorthi temple only has three rows with one God adorned in each row. One of the many opinions shared with my traveling friends is that the design is heavily influenced by the Dutch, who actually donated the plot of land where the temple was built.

One could find the Kampung Kling Mosque further down the road, almost concealed by a high wall but still noticeable from afar for its towering minaret. According to my late dad, the minaret was also used as a lighthouse, due to its location at the Straits of Malacca. The tip of the minaret, that looked like a little pin, was a guide for merchant ships and sailors.

My late dad loved making a stop here for prayers whenever we were in town as the ‘imam’ was also a friend of his. “It is serene inside here, even though it is smacked right in the middle of a busy road,” he reminded a five-year-old me, a little girl busy getting spooked by the old cemetery at the back of the mosque. It was also said that the cemeteries were of people from Acheh and Sumatra which might explain how the roof has a Sumatran touch to it but that is just another theory of mine.

Moving on from the mosque, passing by Chinese shophouses selling afterlife necessities, one would be greeted by the grand Cheng Hoon Teng temple, stood magnificently with its eye- catching decorative design. This temple was awarded a UNESCO award for outstanding architectural restoration in 2003, a major highlight I like to inform my traveling friends. The temple, to this day, has seen devotees flocked for worship during festivals and is also known as ‘The Merciful Cloud’ temple, as it is dedicated to Kuan Yin, Goddess of Mercy.

The beautiful dark timber beams and carved woodworks domineered the temple. It was informed by a Hokkien friend of mine, that the materials for the temple were brought in from China. It was at this temple that I first sat down to watch a traditional Chinese Opera theatre. It is simply amazing to see how east and west heavily influenced the architecture of the buildings in Melaka due to its major port status. The urban atmosphere reflects a civilization of the nation's values, I reckon.

" Moving on from the mosque, passing by Chinese shophouses selling afterlife necessities, one would be greeted by the grand Cheng Hoon Teng temple, stood magnificently with its eye- catching decorative design. "

Another interesting spot around the hustle and bustle of the street is Wah Aik Shoemaker, which I happened to walk into one day during one of the adventures. The family-owned business is located in Jalan Tokong (now relocated to Jalan Tun Tan Cheng Lock) and what makes it special is that they are the only shop that still specializes in bound feet shoes. This footwear traced back to China’s tradition of foot binding, where women wear the lotus-bud shoes to attain the ‘golden lotus’ ideal for feet no longer than 4 inches. 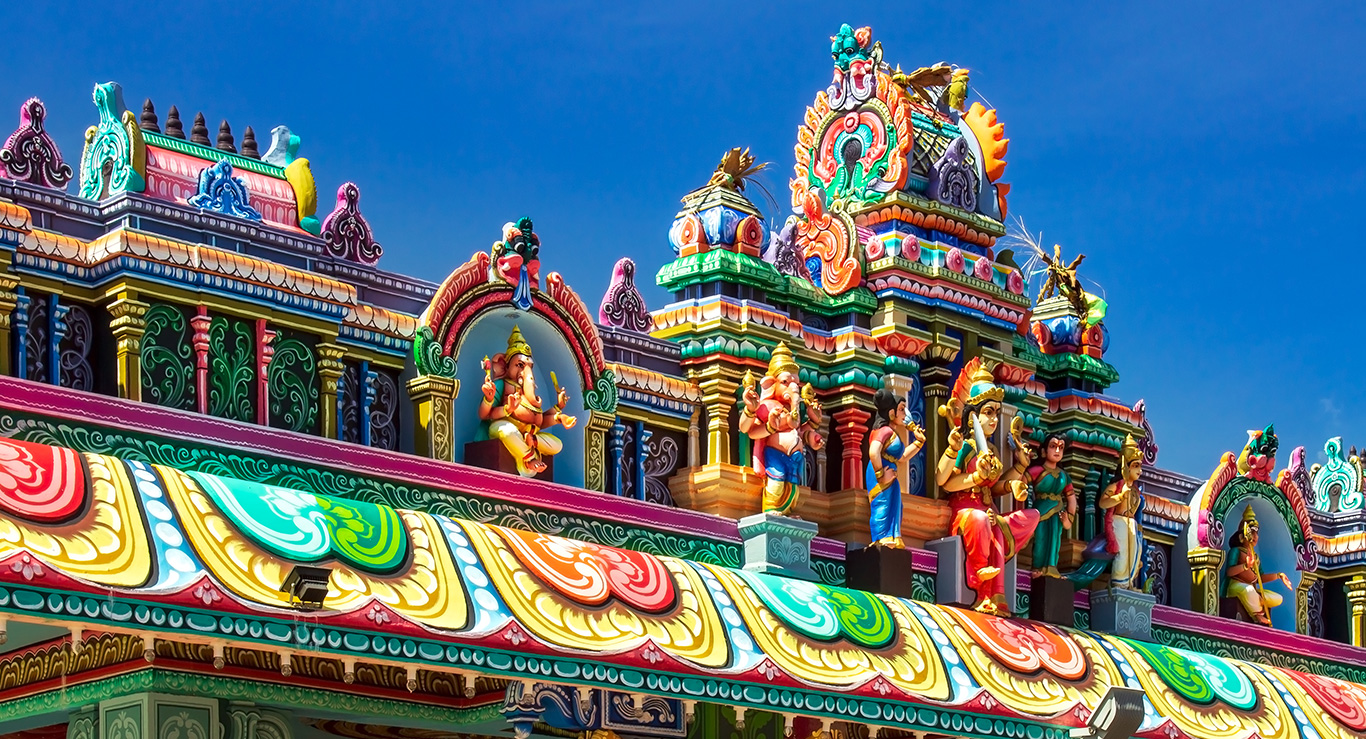 The Sri Poyyatha Moorthi Temple, is the oldest Hindu temple in Malaysia and is one of the few existing Chitty temples in Malaysia. 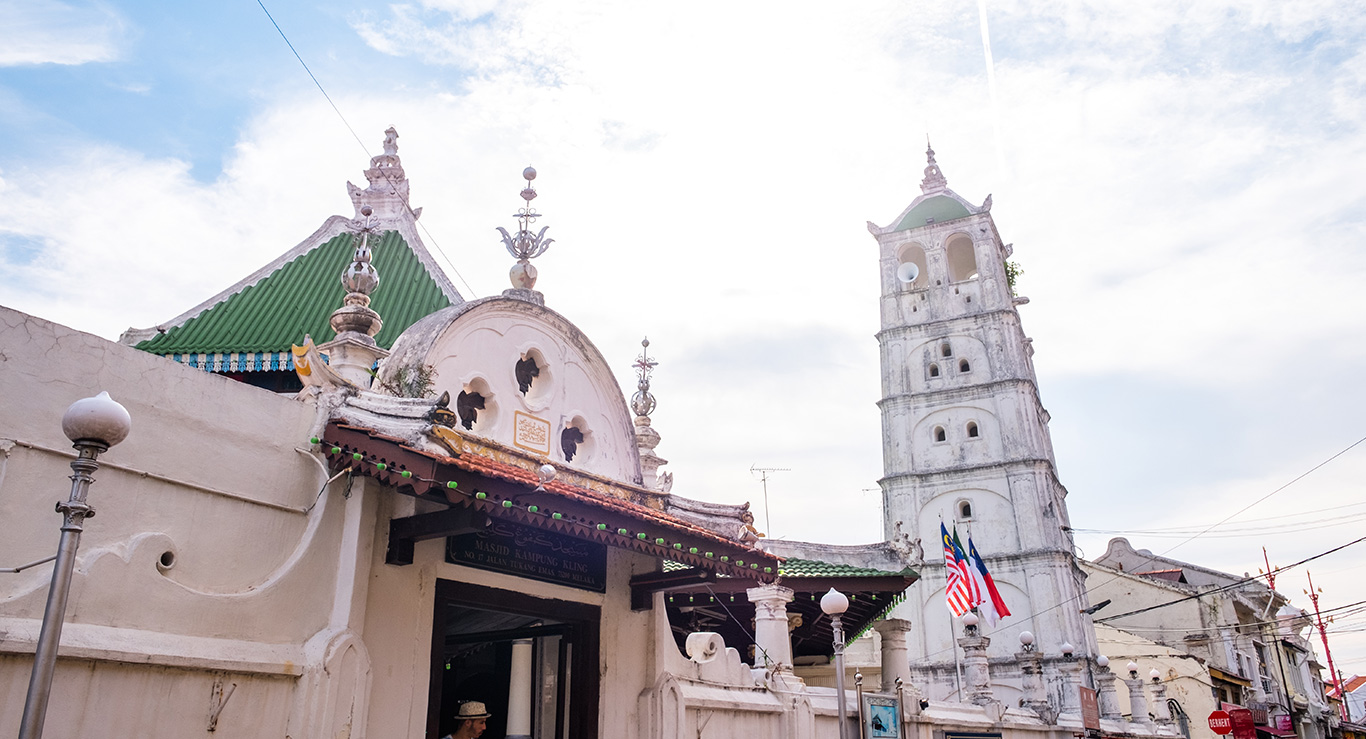 The the Kampung Kling Mosque further down the road, almost concealed by a high wall but still noticeable from afar for its towering minaret. 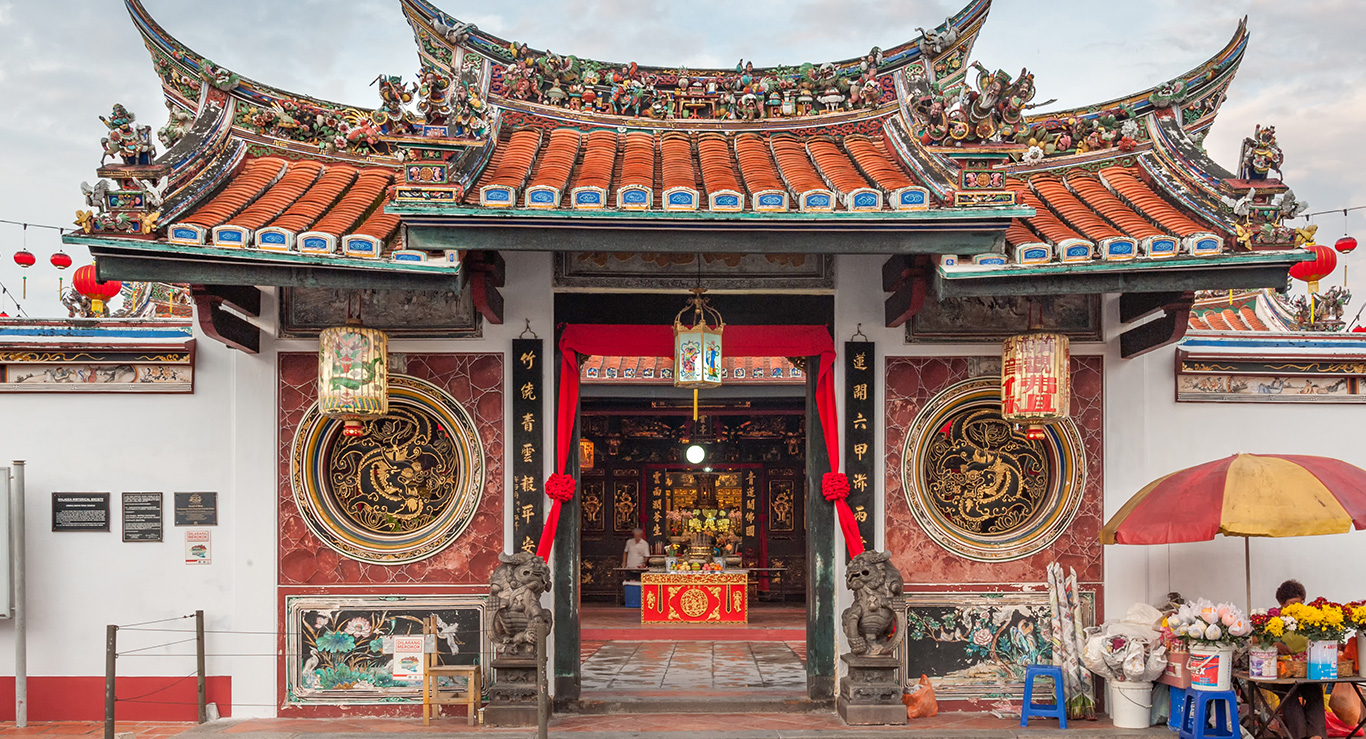 Moving on from the mosque, one would be greeted by the grand Cheng Hoon Teng temple. 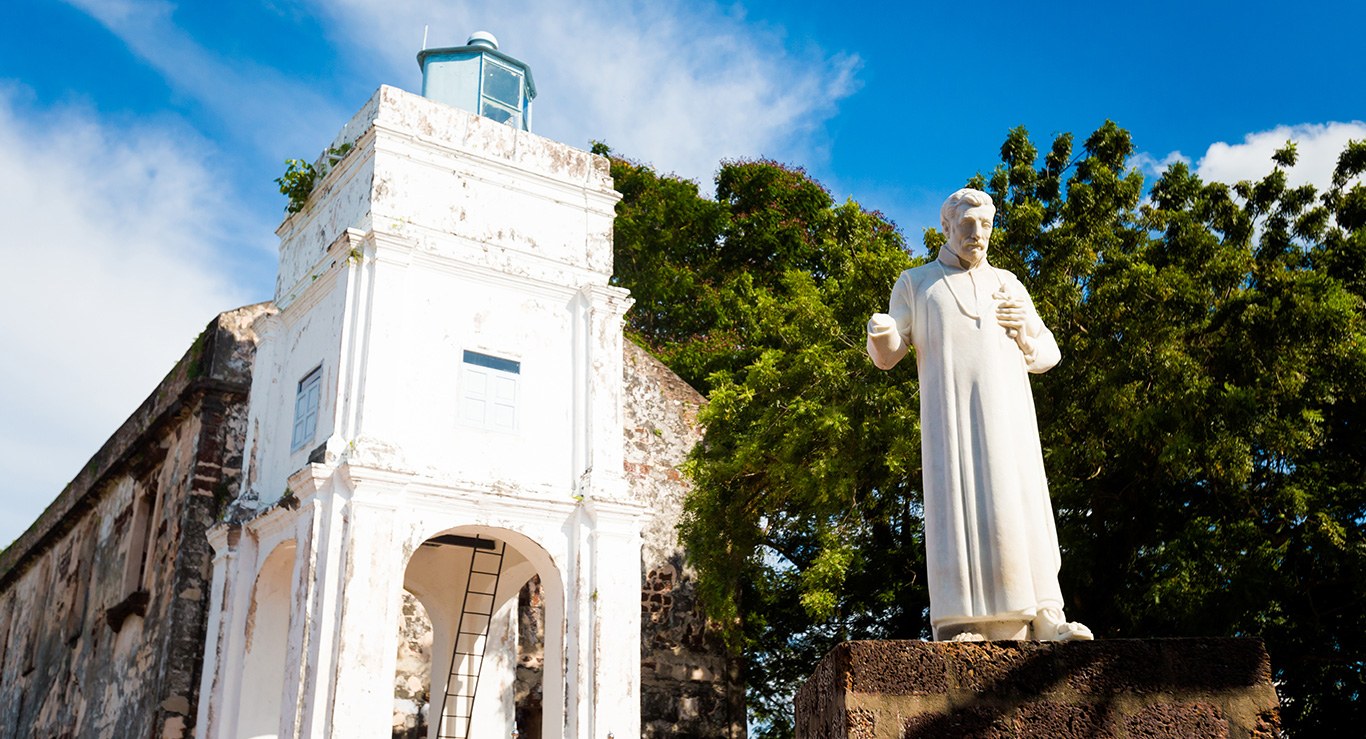 St. Paul’s Church was constructed by a Portuguese captain, Duarte Coelho, in gratitude to the Virgin Mary for saving his life during a storm at sea.

What began three generations ago is still continued by the Yeo brothers, though these days bound feet shoes are made merely for decorations or souvenirs and they have also ventured to beaded Peranakan shoes, considered to be Melaka’s finest. I took a peek at the shoemaker making the shoes at the back of the store and I have to say, it is not an easy task at all! The beading work is intricately designed. According to the owner, his grandfather started off with a coffee shop but seeing the need for bound feet women from China whose husbands were tradesmen, began to embark on the bound feet footwear.

It is actually the nearly forgotten Portuguese settlement in Ujong Pasir, known as Saint John village or Kampung Portugis, that I enjoy talking about when I speak of Melaka to my foreign friends. It is home to a small community of Portuguese settlers, the Kristang, a creole ethnic group of mix Portugese and local Melaka descent.

It excites me whenever I meet the Kristang as it brings back many childhood memories – a family friend who greeted me at her humble abode in kebaya called ‘kebaya kumpridu’ or ‘Saia Comprida’ in Portuguese. The famous Branyo (Kristang traditional folk dance) tune, the ‘Jingkli Nona’ – the unofficial anthem of the Gente Kristang; plays in my mind as I am writing this down (“Jingkli nona, jingkli nona, yo kereh kazah!”) The Auntie would also serve us with Portuguese ‘otak-otak’ – wrapped in foil as well as the grilled fish, with its special Portuguese spicy sauce.

Speaking of the Portuguese, a visit to the ruins of St. Paul’s Church at the summit of St Paul’s hill is also another favorite of mine. It was constructed by a Portuguese captain, Duarte Coelho, in gratitude to the Virgin Mary for saving his life during a storm at sea. Contrary to the other historical sites mentioned above, I lovingly recall the beautiful church roofless, decayed and covered in ferns. At the top of a quick steep flight of stairs, you will get to enjoy the cooling breeze and soaked in the exquisiteness of architectural ruins that is also the remnants of the glorious Portuguese and Dutch era. I used to marvel at the armless statue of St. Francis Xavier, stands within the complex, lending an eerie feeling to an otherwise magnificent atmosphere. Inside the church area, one may also find engraved tombstones lining up on the walls, which belonged to the Dutch nobility.

As I have said before, I am not a big fan of cemeteries, but these epitaphs are important as it provides an interesting touch to what is already heavily momentous for the history of Melaka. All of these sites personify what is interesting about Malaysia – its diverse people, cultures, and religions that exist amicably; one that may not be found elsewhere and one that is always treasured by my family, friends and I. 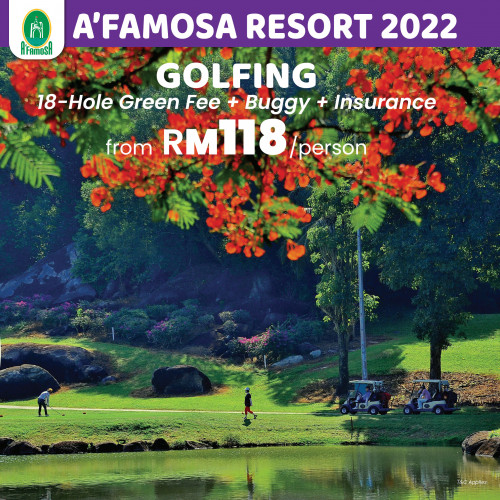 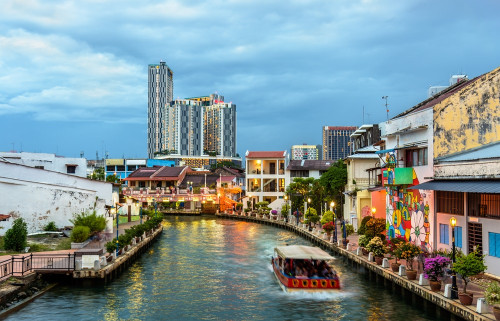 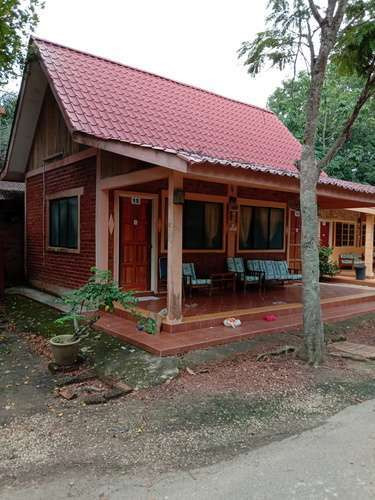 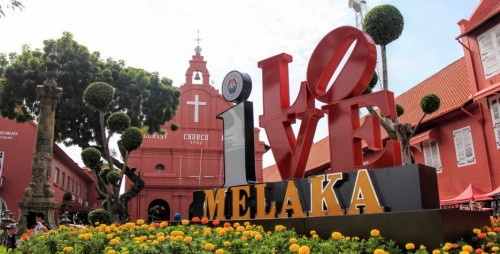 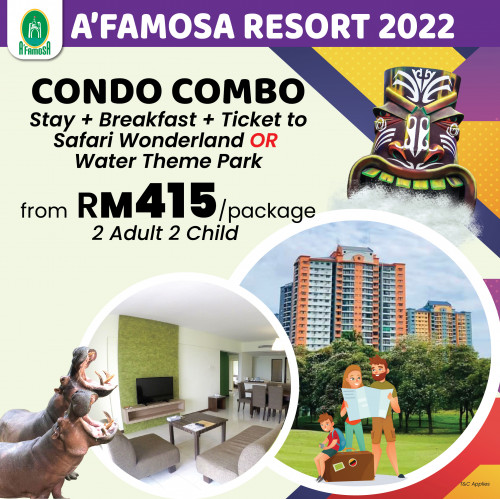 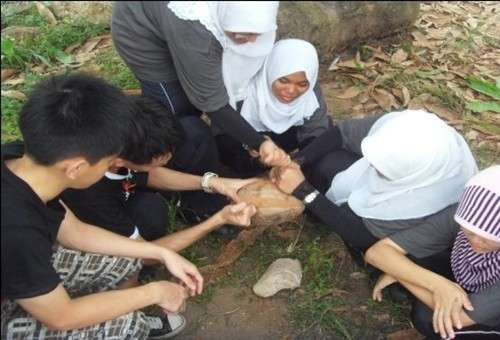 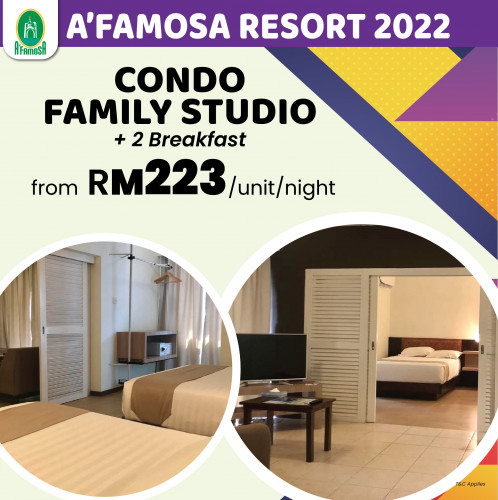 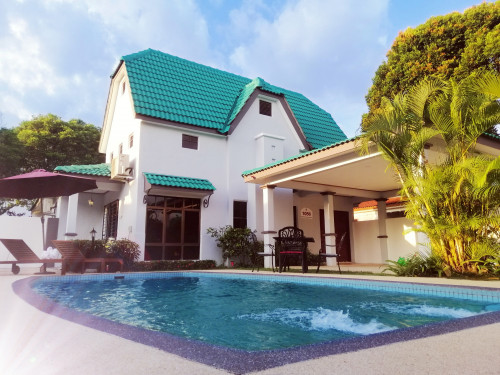 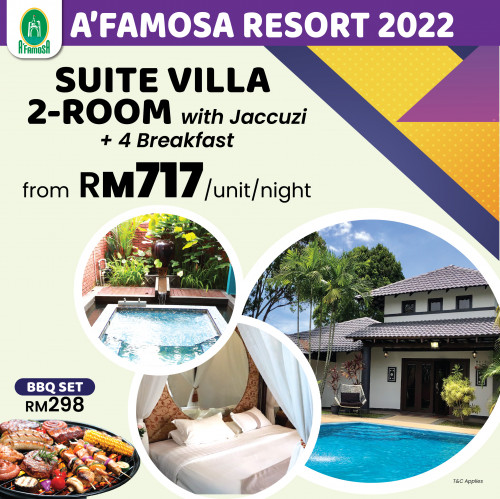